The Huawei foldable phone has finally made its debut at Mobile World Congress 2019 as the Huawei Mate X.

The Huawei Mate X sports a different design compared to its competitors. The first thing that jumped out was just how thin the device really is. Folded together, it measures only 11mm and just 6.9mm unfolded. 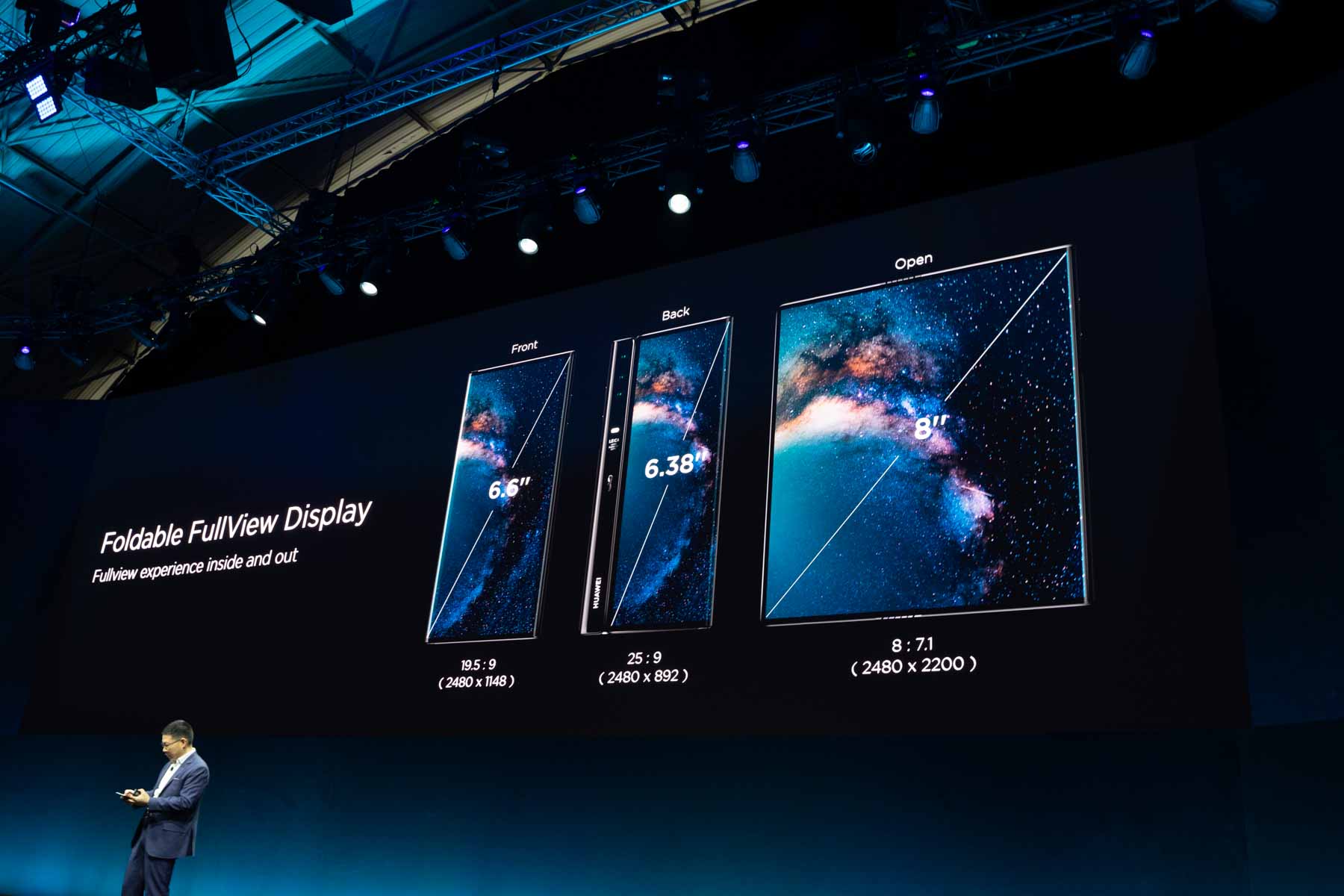 Huawei accomplished this by reducing the width of one half of the display and inserted a ridge along on the right edge of the phone. The of the ridge holds the charging connector and a vertical camera array, both of which pose limitations to the display’s thickness. 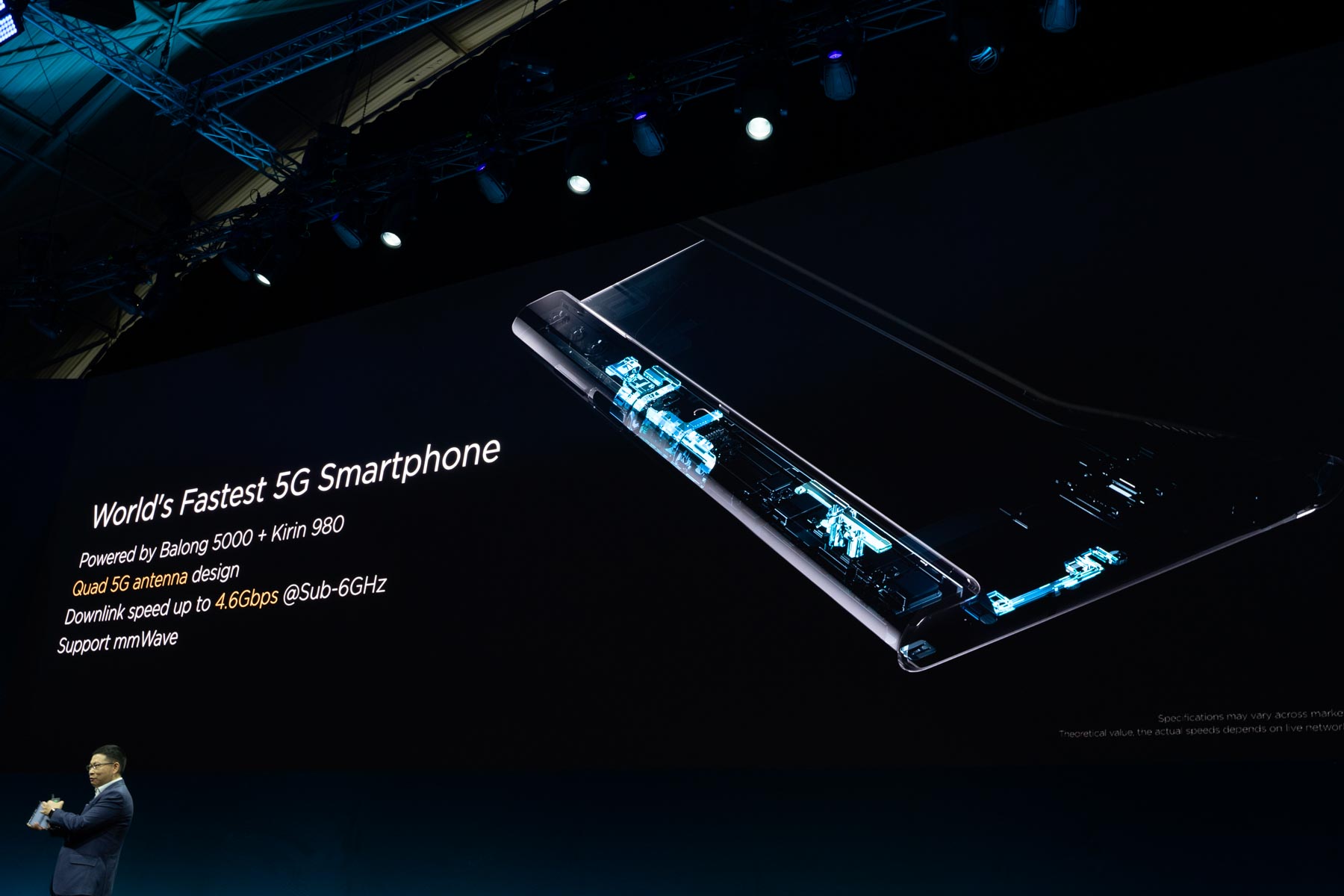 It’s stressed during the interview that the phone does not have a gap when folded. The secret is in the hinge. Huawei’s patented hinge design has over 100 components and eliminates the gap completely. 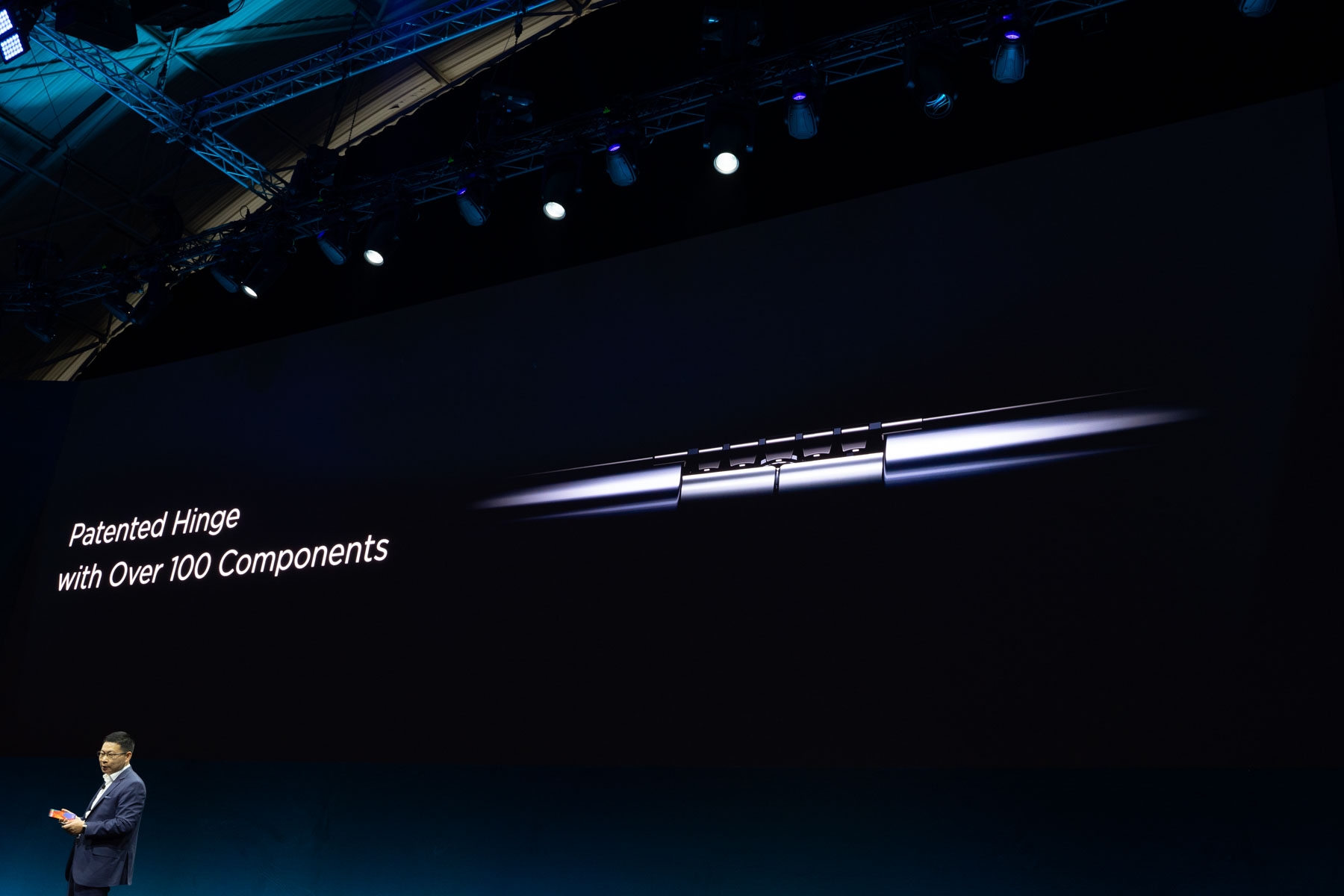 Like the other foldable phones, the Mate X holds two batteries that total to a 4,500 mAh capacity. Due to the larger display, its endurance likely will not match that of a phone with a smaller display, such as the Huawei Mate 20 Pro.

Because there’s now a display in the back, the rear camera can also act as the front camera. In addition to higher quality selfies, it also allows picture preview on the other half of the display. Huawei didn’t go into the specifics about its specification, only mentioning that it uses Leica lenses and designed by Red, one of the most prestigious video equipment makers. 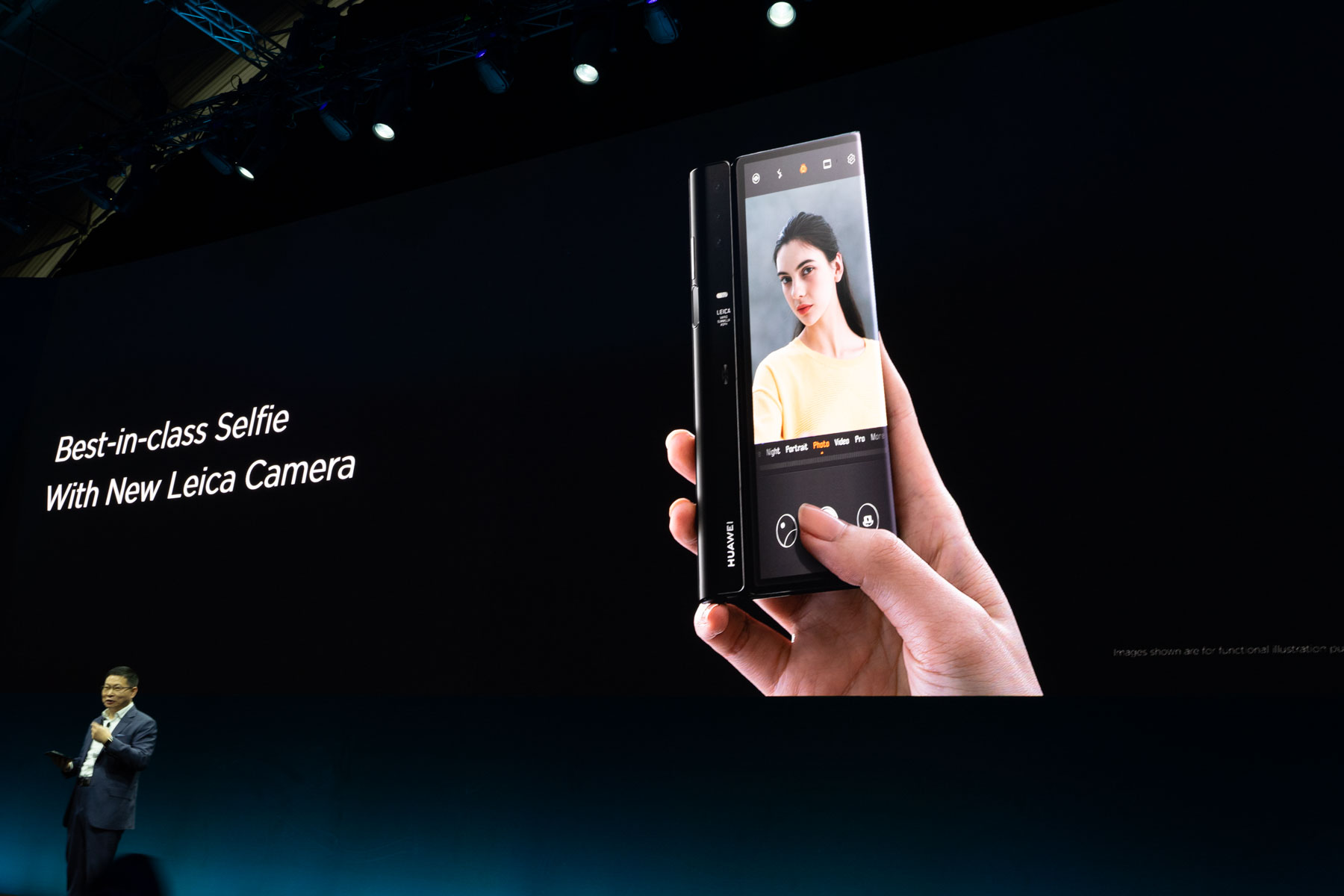 A large display loses its meaning if it doesn’t add any tangible benefits to workflow, which is why Huawei demonstrated side-by-side app operation and promised a more natural experience in Microsoft Office. 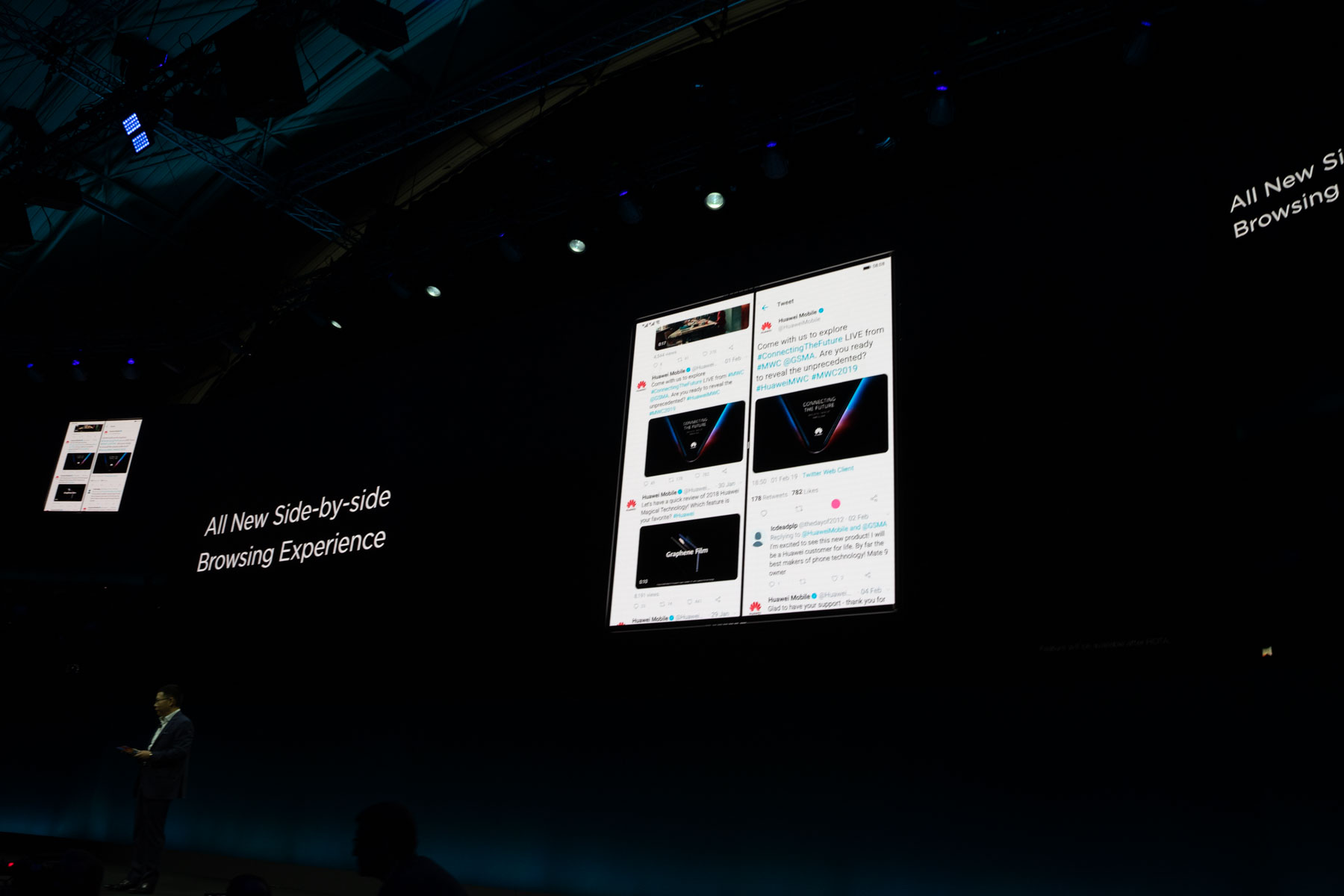 Being a flagship device, there’s no way that the Mate X would miss out 5G. The particular 5G chip it uses is the Balong 5000 and quad antennas. The system has full massive MIMO and mmWave support. Huawei promises a maximum throughput of 4.6Gbps at sub-6GHz frequencies, twice that of the Qualcomm Snapdragon X50. 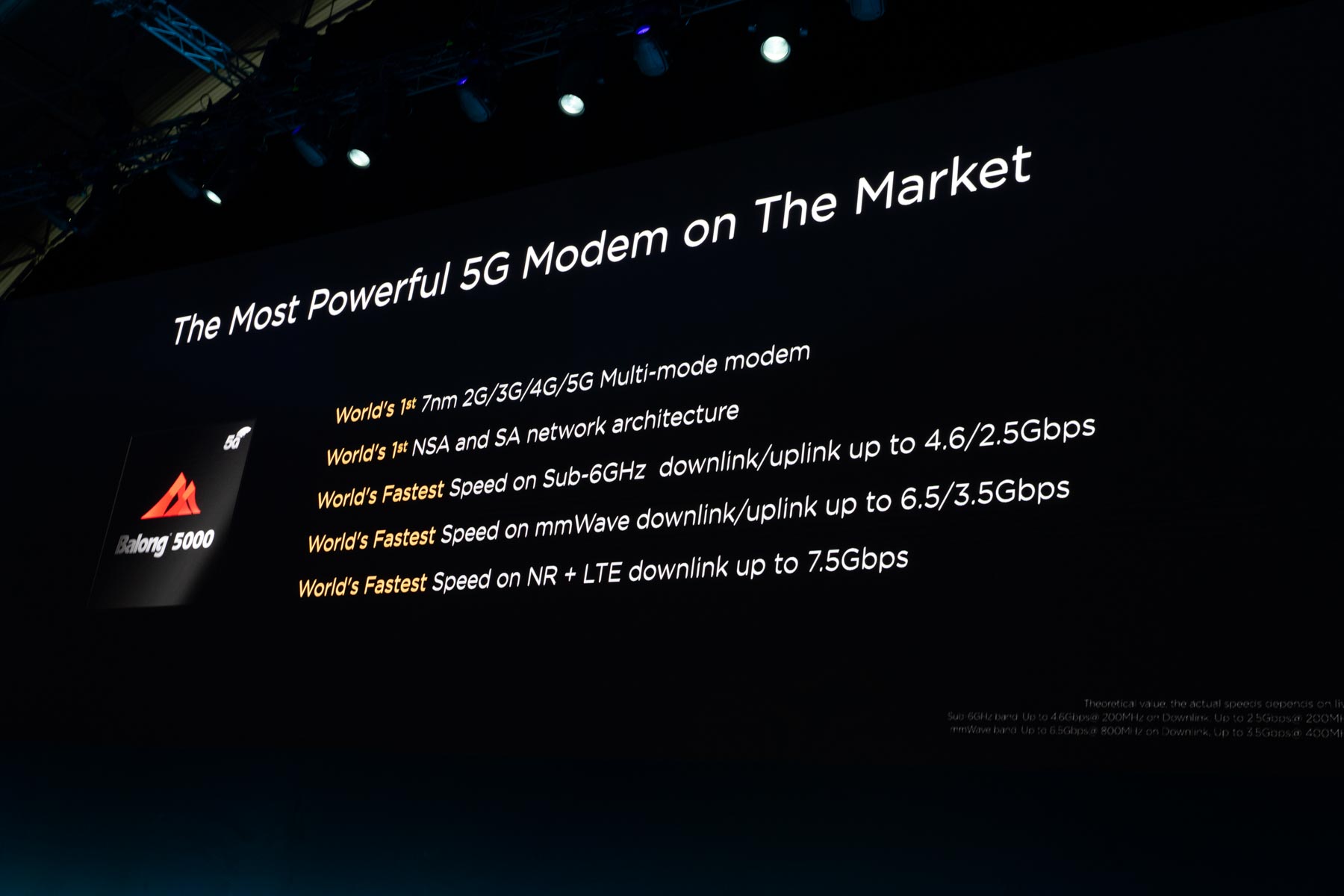 The Huawei Mate X will only come in Interstellar blue with a fully protective case being an optional purchase. Units should hit select outlets beginning in June for an eye-watering $2,299 Euros – or just under CAD$3,500. 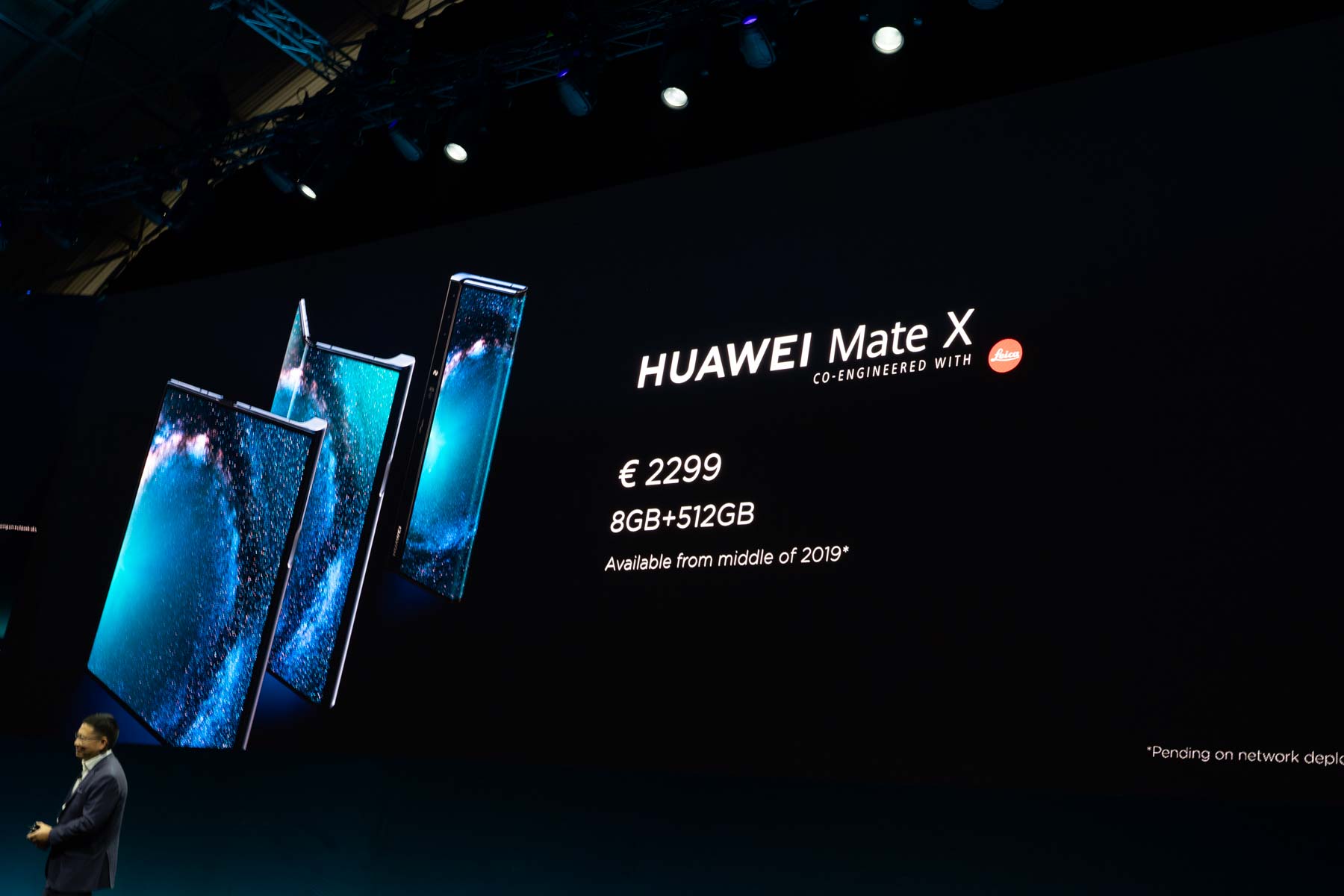 Tom Li’s travel and accommodations to cover Mobile World Congress 2019 are paid for by Huawei. Huawei did not have a chance to review or approve content before publication.

Tom Li
Telecommunication and consumer hardware are Tom's main beats at IT World Canada. He loves to talk about Canada's network infrastructure, semiconductor products, and of course, anything hot and new in the consumer technology space. You'll also occasionally see his name appended to articles on cloud, security, and SaaS-related news. If you're ever up for a lengthy discussion about the nuances of each of the above sectors or have an upcoming product that people will love, feel free to drop him a line at tli@itwc.ca.
Previous articleHuawei announces 5G basestation chip ahead of MWC 2019
Next articleNew MLSE digital boss seeks to transform Raptors and Leafs fan experience from the stadium to the digital realm