Huawei deals almost exclusively with premium phones. Its two product lines – the Mate and P series smartphones – are both well above $1,000. A fine border divides these two products: the Mate series experiments with the latest, hottest hardware, while the P series keenly focuses on the camera. 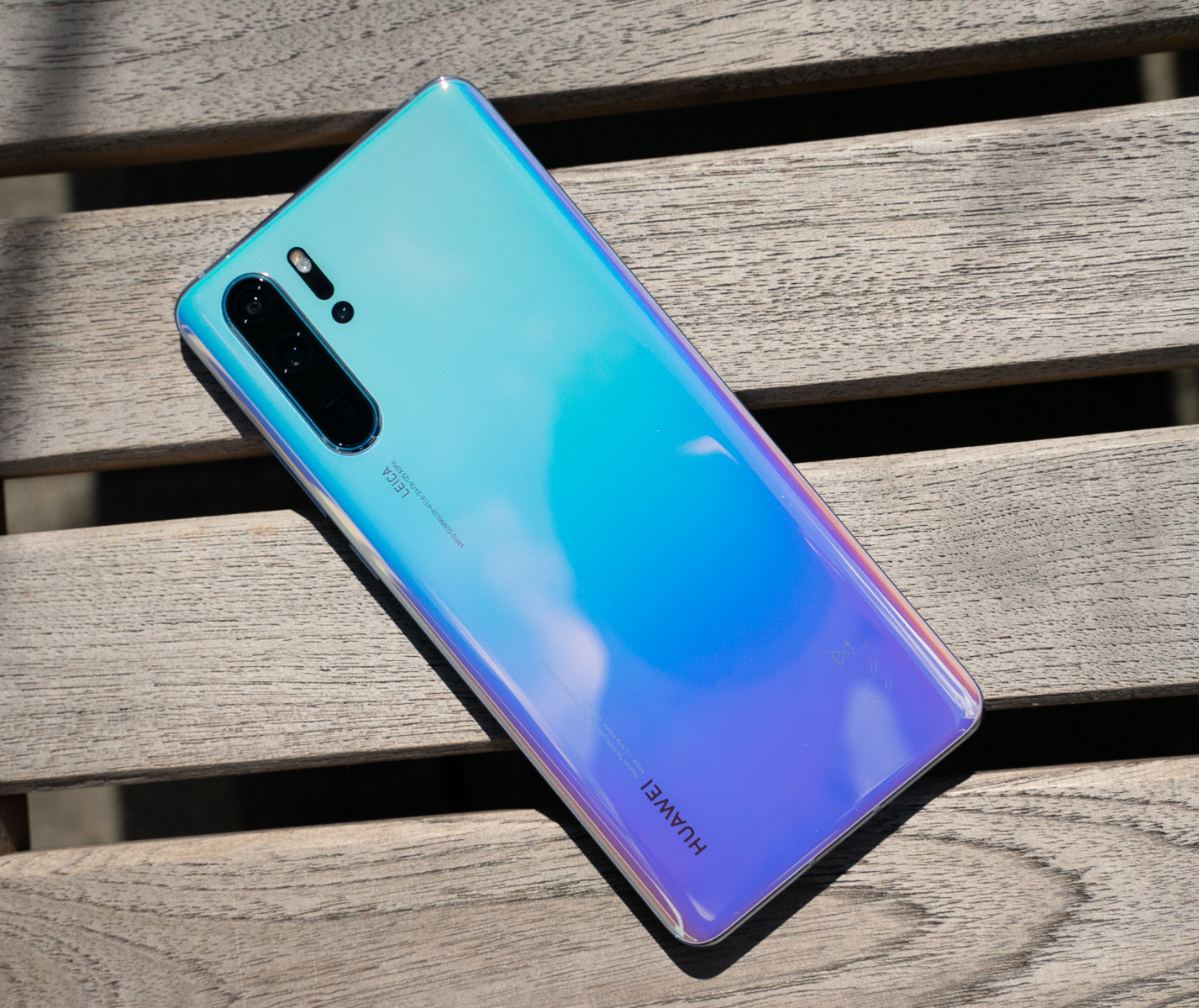 The newly announced P30 and P30 Pro are Huawei’s newest pride and joy. IT World Canada had a chance to attend an invite-only press event in NYC last week to try out these new phones.

Both the P30 and P30 Pros feature glossy glass backs. This time around, Huawei introduced a few gradient color options including Breathing Crystal, Aurora, and Amber Sunrise. While the sky blue Breathing Crystal is my favourite, all three look absolutely stunning.

In contrast to the P30 Pro, the P30 embraces a formal straight edge. It’s difficult to objectively decide which design is best: tapered edges make the phones look thinner, but I feel like squared-off edges are grippier.

Of course, the main attraction is the P30 Pro’s brand-new camera system. It now consists of four sensors: a 20MP wide-angle camera, a 40MP main camera, an 8MP periscope zoom camera, and a Time-of-Flight (ToF) sensor. The camera array is raised slightly and can potentially make the phone wobble when laid down flat. 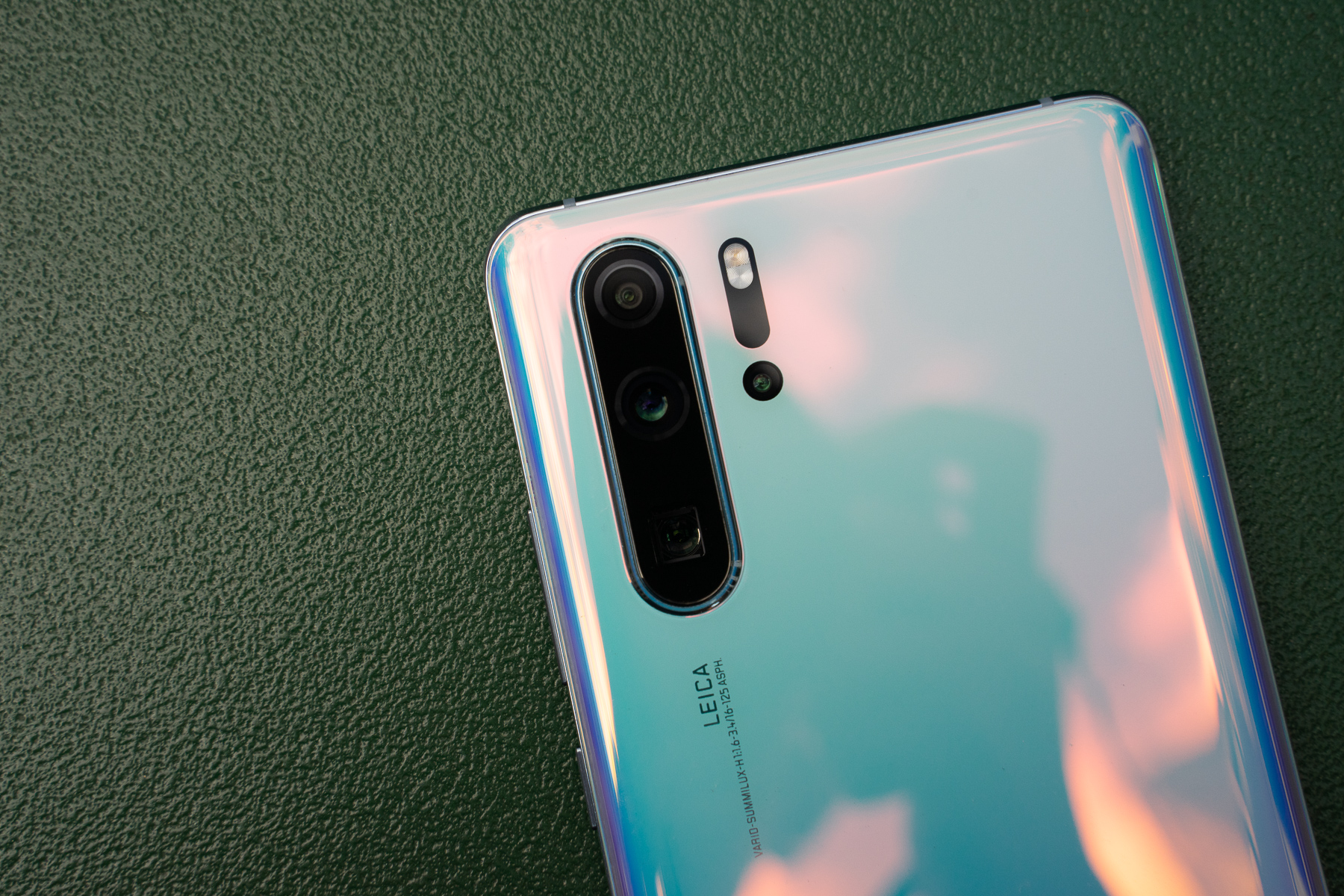 Besides the size difference, the most obvious visual distinction between the two is the inclusion of the periscope camera on just the Pro model.  Instead of that feature, the P30 uses an 8MP f/ 2.4 zoom camera capable of shooting 5x hybrid zoom. The P30 also omits wireless charging, and is only rated for IP56 weather sealing versus the P30 Pro’s more robust IP68. Unfortunately, neither devices carry a headphone jack this time around. 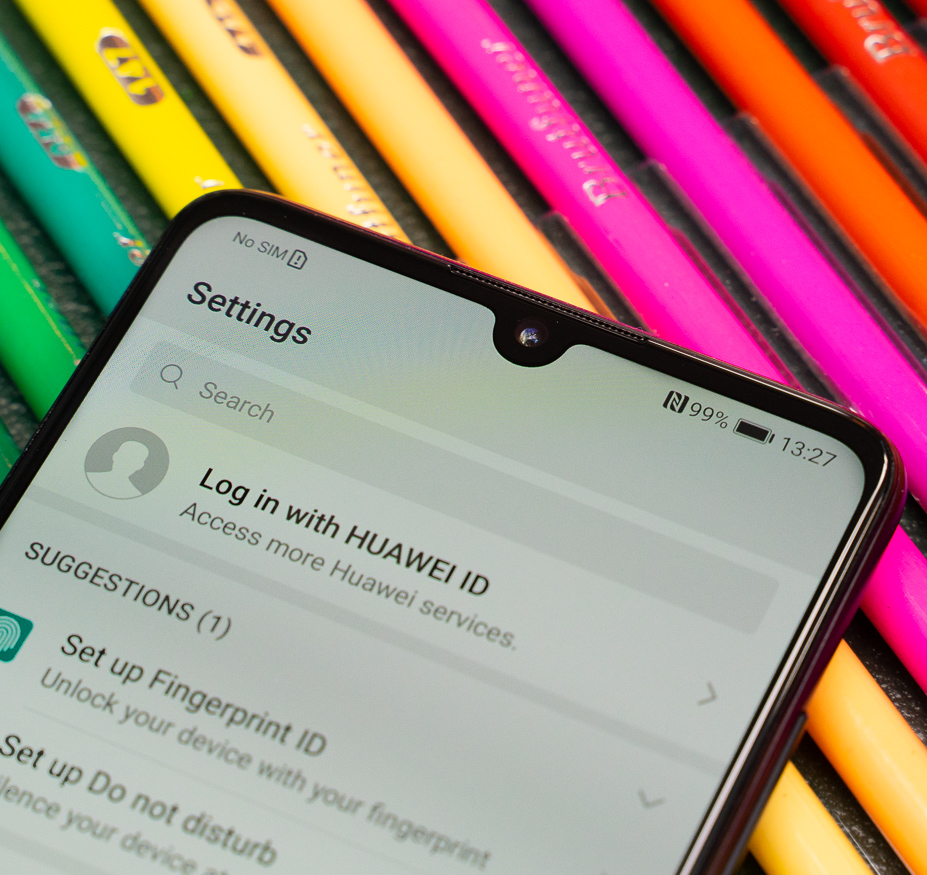 A 32MP front camera sits in the teardrop notch.

I used the P30 Pro to capture NYC’s breathtaking skyscrapers. Whereas my Pixel 3 XL started to lose detail after 2x zoom, the Huawei P30 Pro maintained its sharpness all the way up to 5x zoom. In-body OIS kept the camera extremely stable, and the shutter speed was snappy in daylight.

Due to the time constraints, I couldn’t examine how and when the camera app switched between sensors. What I did notice, however, is that when left on the default settings, the main sensor wasn’t as sharp as the Pixel 3 XL. In a comparison photo, a flower petal’s finer folds vividly appeared in shots taken with the Pixel 3 XL, but were lost in the P30 Pro’s. Digging further, I found that the P30’s main sensor shot at 10MP by default. Enabling the 40MP shooting mode disabled the ability to automatically switch to its zoom lens. 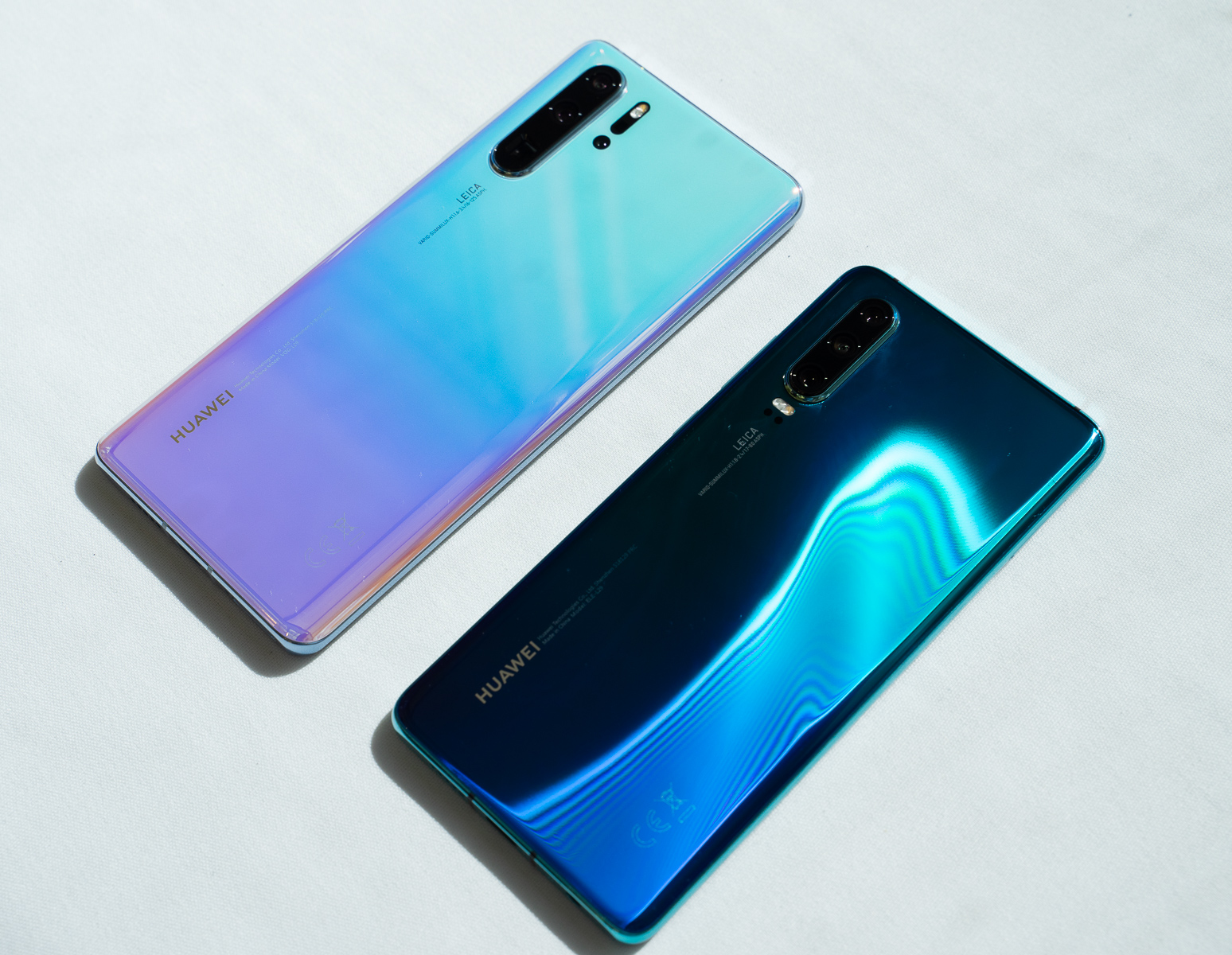 Low-light performance, on the other hand, is phenomenal. When challenged with a dark bar room, the new sensor still managed to capture ample light to define detail. In addition to the new sensor, noise processing has also been improved.

In photography, long barrels are a hallmark characteristic of zoom lenses. The reason being that glass elements within them need to have enough space to concentrate light from afar. Instead of using a heavily protruding camera array, Huawei oriented the glass elements horizontally inside the phone. Light is refracted into the lens element via a prism housed in a square cutout near the base of the camera stack.

The result is five-times lossless optical zoom, which can be stretched to a whopping 50 times digital zoom – although noise and stability become a significant issue at this extreme. 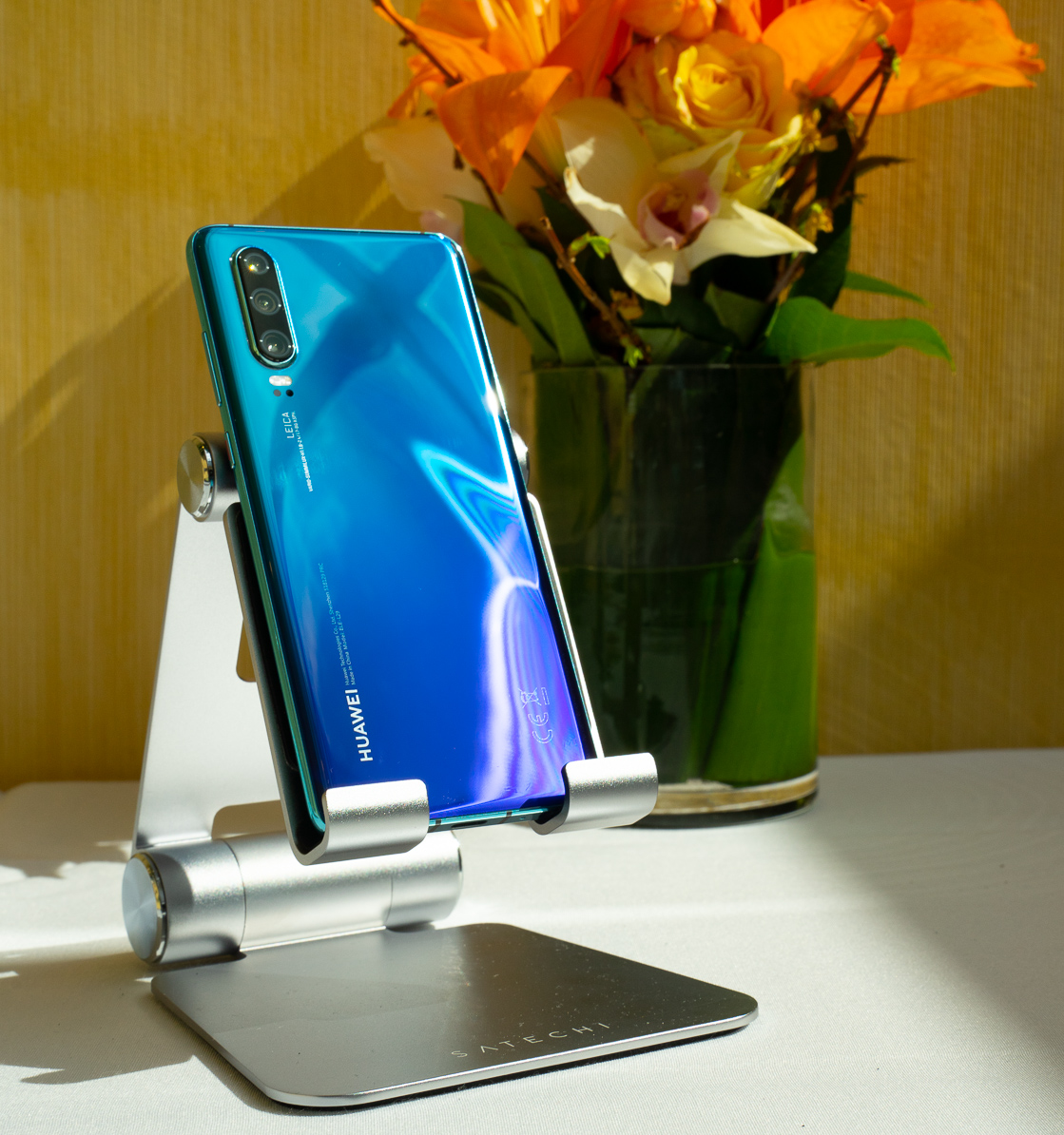 The P30 Pro also includes a Time of Flight sensor (ToF) to measure depth-of-field. The ToF sensor shoots out a pulse of laser and, based on the time difference between reflected light, produces a depth-of-field (DoF) map. The image processor then applies the proper variable depth of field according to the map. A ToF sensor allows the P30 Pro to measured DoF with just one light pulse, significantly faster than previously available solutions.

Another use for the ToF sensor is to capture 3D images. The neural-engines inside the phone can combine 2D images with the depth map to create accurate models of real-life objects.

New lens aside, the image sensors also received an overhaul. All smartphone camera sensors typically use Bayer filters composed of a red, green, and blue (RGB) pixel array to capture light. Huawei’s new sensor, on the other hand, trades the green pixels for yellow ones. According to the presentation, the new sensor allows for 40 per cent more light intake and tremendously boosts low light performance. In a comparison slide, Huawei touts that the P30 Pro is up to four times brighter than a Canon 5D professional DSLR.

Unfortunately, I wasn’t allowed to keep any image samples. That will have to wait until later.

Both phones use a 2,340×1,080 OLED display. Since the P30 has a smaller screen, that translates to a higher pixel density. With that said, sharpness is indistinguishable between the two. 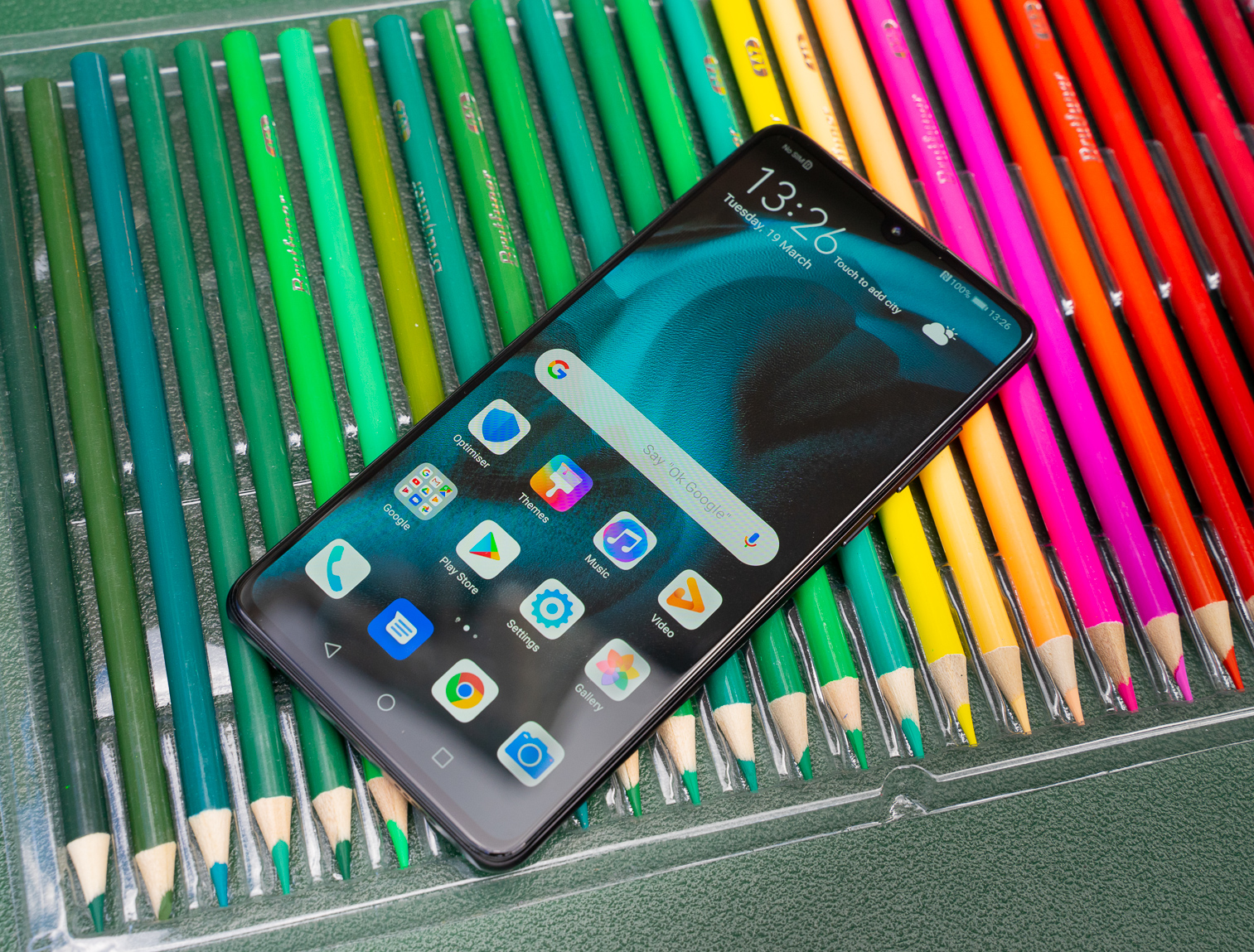 The display was adequately bright against the harsh sunlight in the showroom and maintained color consistency when viewed off-angle. Compared to the Samsung Galaxy S10+’s display (courtesy of another journalist), the Huawei P30 Pro’s display felt a tad colder. This could have simply been due to different colour settings, though, so I’ll withhold my opinion until the full review.

Operating system quality directly affects hardware performance and user experience. In this regard, Huawei says that it has optimized the launch speed of the top 30 apps in Google Play Store and is working on more. The P30 and P30 Pro ships with Huawei’s EMUI 9.1 based on Android 9, and will continue to use its proprietary EROFS filesystem that supposedly guards against performance degradation.

Because the P30 and P30 Pro use the same Kirin 980 chipset as the Mate 20 Pro, I didn’t notice a dramatic increase in performance. During my hands-on, the software ran just as smoothly as its predecessor. Its plethora of features needs will be properly dissected in the full review.

The camera software has new AI enhancements, too. Huawei touts that the new P30 series’ AI HDR+ exposure adjustment technique can more efficiently stack pictures with different exposures. Improvements have also been made to night mode and image stabilization. 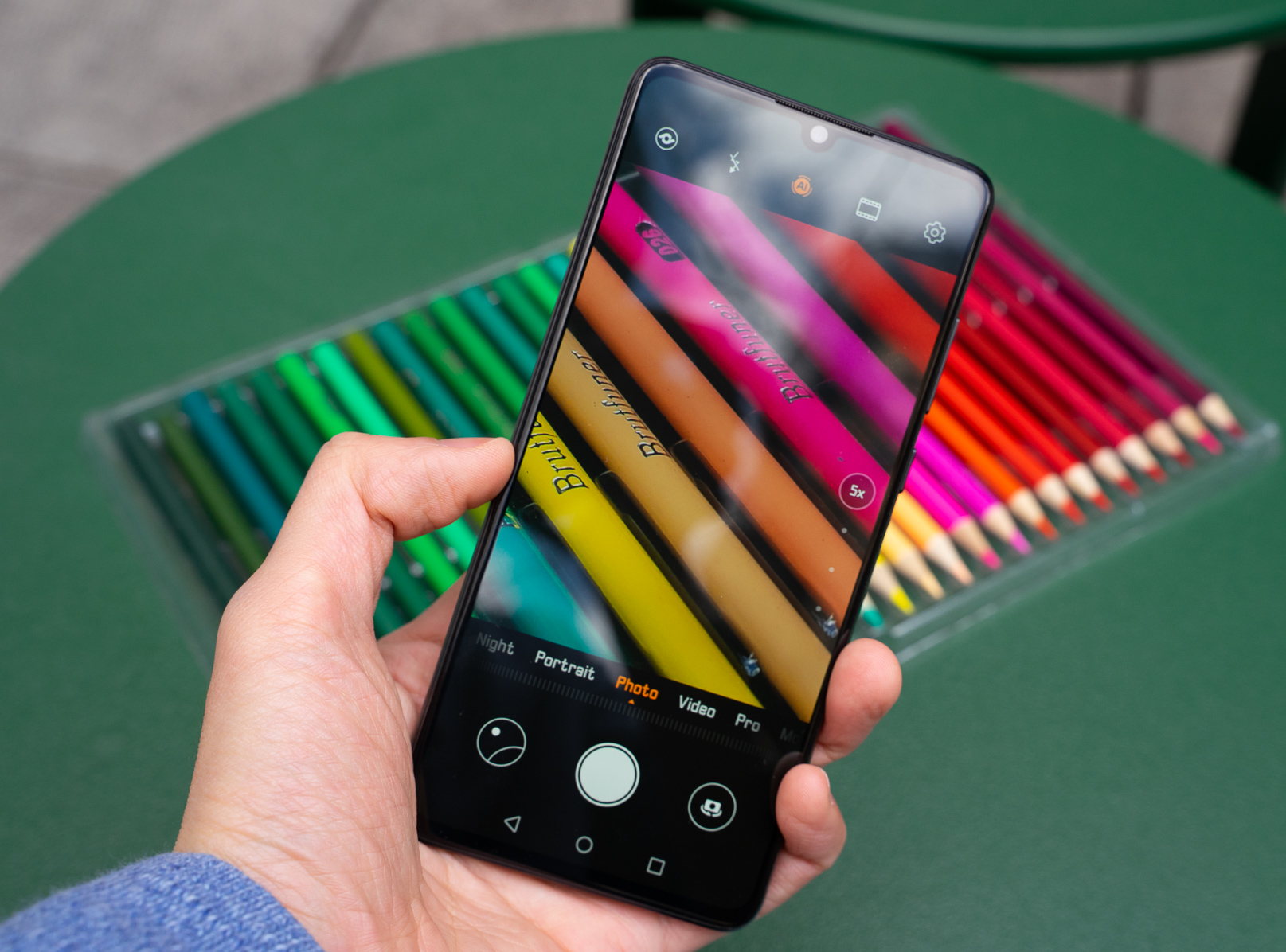 When it comes to battery size, it’s the bigger the better. While the P30 carries a solid 3,650mAh cell, few can match the P30 Pro’s colossal 4,200mAh battery. The Huawei Mate 20 Pro had the same capacity and easily lasted a day and a half when we reviewed it last year. If everything goes well, then expect the P30 Pro to have equally excellent longevity. 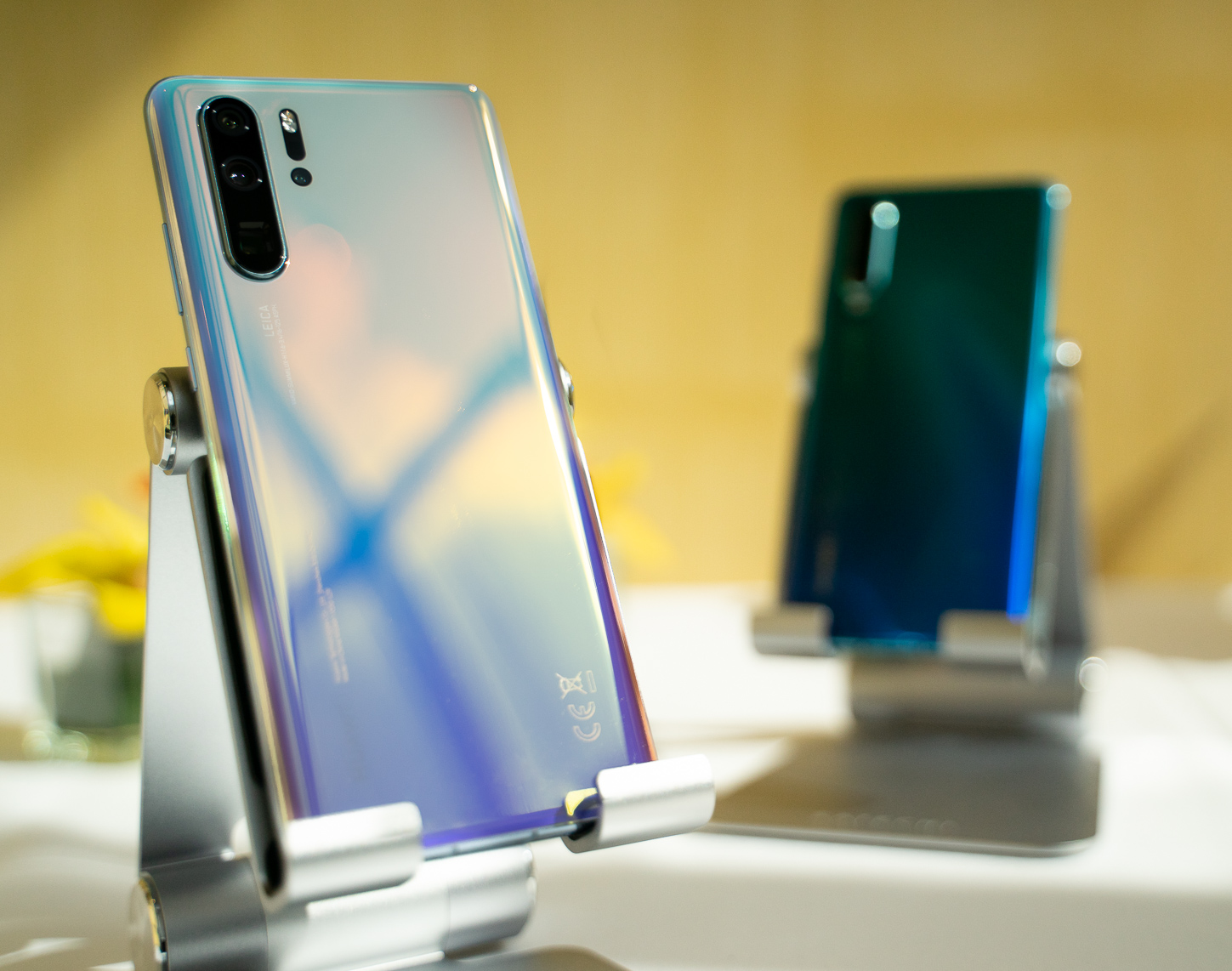 Those living in the U.S. won’t be getting Huawei phones until its government lifts its ban. For the rest of the world, Huawei phones should be available through carriers and third-party retailers soon. We’ll update the Canadian pricing as soon as they’re confirmed.

Update: the P30 will start at 799 euros while the P30 Pro will start at 999 euros. Canadian pricing will depend on carriers. Canada will only be getting the Black and Breathing Crystal color options.

Tom Li
Telecommunication and consumer hardware are Tom's main beats at IT World Canada. He loves to talk about Canada's network infrastructure, semiconductor products, and of course, anything hot and new in the consumer technology space. You'll also occasionally see his name appended to articles on cloud, security, and SaaS-related news. If you're ever up for a lengthy discussion about the nuances of each of the above sectors or have an upcoming product that people will love, feel free to drop him a line at tli@itwc.ca.
Previous articleHashtag Trending – new Apple services; hackers breach Asus updater; Nokia phone leaked data to China
Next articleMalware attacks in Canada up 103 per cent over 2018, says SonicWall