How simplified IT leads to advanced innovation 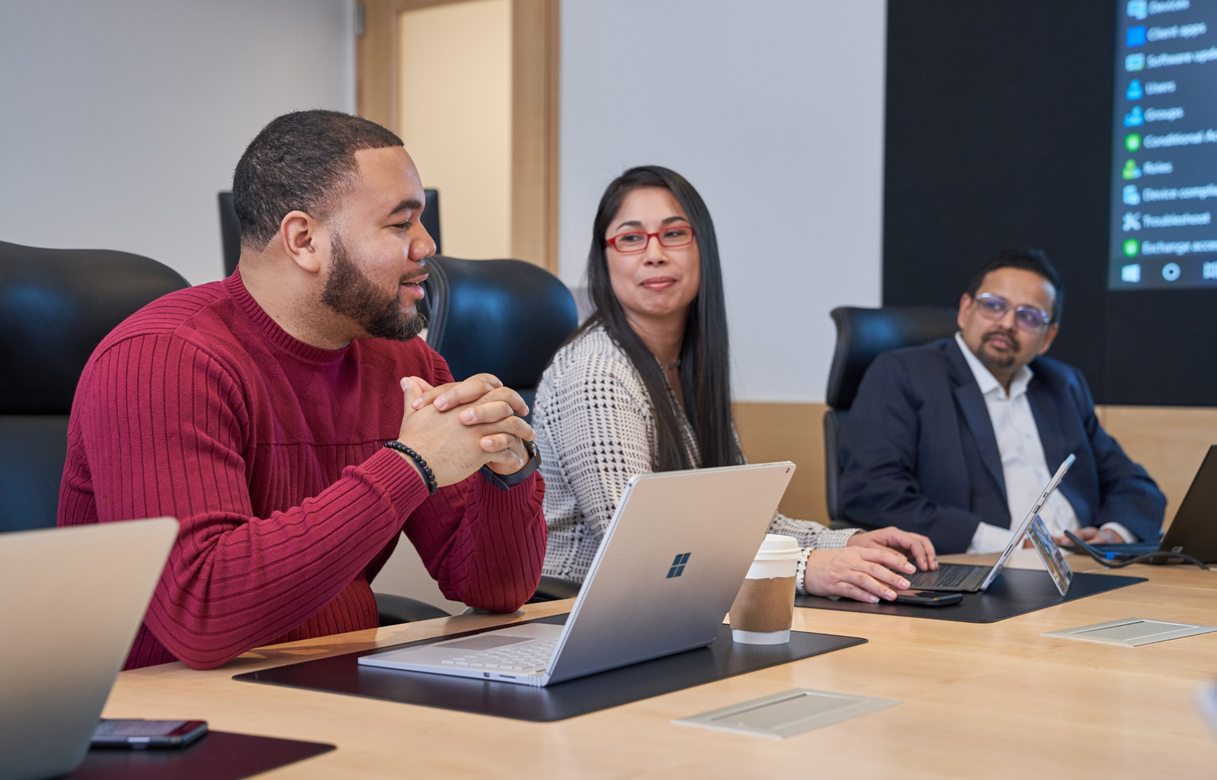 What happens when you adopt modern device management to give your IT team the gift of time? For Canada-based Goldcorp, one of the largest gold producers in the world, the move led to remarkable innovation.

Goldcorp began its digital transformation in 2017 by making Microsoft 365 Apps and Windows 10 a company-wide standard. The new tools have greatly simplified IT management by reducing the amount of time being spent on managing and deploying PCs. “I’ve been here for about two-and-a-half years and my role has radically transformed,” says Luis Canepari, Goldcorp’s Vice President of Technology. With the extra IT time available, the company created a command centre in Thunder Bay, where workers can remotely control equipment in mines that are hundreds of miles away. The innovative approach has increased safety and resulted in a 10 per cent increase in productivity.

That gives Goldcorp a competitive edge in the mining industry, where everything is about efficiency and operational precision, Canepari says. “As a miner, you can’t control the price of the commodity, but you can control the cost of your operation. You can’t expect to lower operating costs year after year without technology.”

Goldcorp sees the adoption of Microsoft tools such as Microsoft 365 Apps, Windows 10 and Microsoft Endpoint Manager as critical to freeing up time for its IT staff. “We don’t want someone as talented as our IT coordinator to waste time setting up hardware,” says Canepari. Modern management promises to dramatically reduce and simplify the process of deploying and managing devices, says Brad Anderson, Corporate Vice President for Microsoft 365. “Windows Autopilot is an absolute game-changer,” he says. “It can simplify your deployments and reduce the massive amount of time and money you spend provisioning hardware.”

In the past, deploying new Windows devices has involved hours of manual setup by IT staff. Windows Autopilot is a collection of cloud-based technologies that is transforming this tedious process into an automated one. The tools are used to pre-configure devices and deploy software, as well as to easily update or repurpose them. Overall, it simplifies the management of Windows products from initial deployment to end-of-life.

With Windows Autopilot, “it’s as simple as taking a new device from the box, powering it on, entering your credentials, and sitting back while it is configured and managed from the cloud with minimal user or IT effort,” explains Anderson.

Why simple IT is better IT

In addition to the time savings, the automated approach makes it even easier to manage devices for remote workers or in BYOD (bring-your-own-device) environments. Nearly half of Canadian employees work from outside one of their employer’s main offices for half the week or more, according to research by Regus Canada. As well, the majority of offices allow for BYOD. These two trends are being driven by millennials who want technology on their own terms. However, companies have struggled to manage devices in these scenarios, with security being the biggest concern.

This problem can be solved with automatic configuration and updates when these devices are connected to the cloud. “There is a real elegance in simplifying; it means having fewer things to manage, configure, integrate, secure, and, simply put, break down,” says Anderson. “This means fewer things that can go wrong and fewer places where a misconfiguration can create an entry point for an attacker. Now you have both a better user experience and improved IT control.”

The Microsoft tools have reduced security risks overall for Cardel Homes. Now, instead of scheduled patching, any updated security feature or patch happens automatically. “From an overall IT management standpoint, we like having security tools, built-in control, and all employees on the same platform,” says Catrinia Cook, Vice President of Management Information Systems at Cardel Homes.

Like Goldcorp, the simplified IT structure at Cardel Homes is allowing IT staff to spend their time on other things. “The role within the team is evolving, and that will ultimately help Cardel Homes be more competitive,” says Cook. “We wanted to put less effort into keeping the lights on and more energy toward innovative products and strategic solutions for the business.”