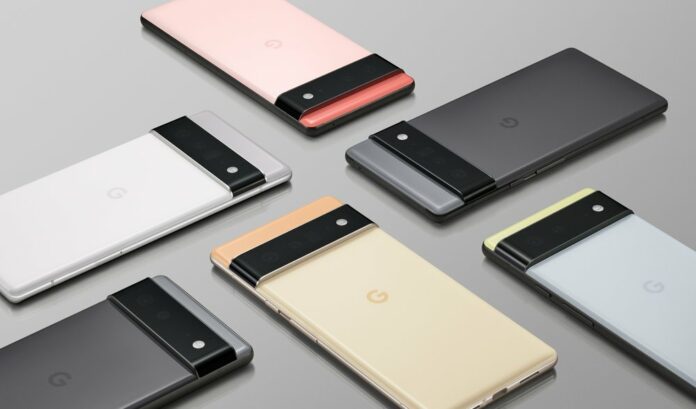 Rogers customers just got one more reason to purchase a Pixel 6 or a Pixel 6 Pro: the new Google flagship phones have become the first to be certified on Rogers’ standalone 5G network.

Rogers says that eligible customers with a Google Pixel 6 or Pixel 6 Pro on its 5G plan will automatically experience a bevy of new network benefits including lower latency. Rogers even teased better coverage, as the standalone 5G network is more flexible than its existing non-standalone deployment.

Today’s 5G networks are divided into standalone and non-standalone categories. The majority of Canada’s 5G networks have been non-standalone, in which only the radio access portion, the segment of the network that communicates between the device and the radio tower, uses 5G technologies. The transport segment, also known as the core or backhaul, still relies on 4G infrastructures. In a standalone 5G network, both the radio access segment and the core segment use technologies based on the 5G protocol.

By switching to the 5G core, operators can manage networks with newer, more efficient features such as network slicing, a cloud-native architecture, and extensive virtualization. They enable a bevy of benefits like ultra-low latency for the client and massively reduced operation cost for the operator.

In an interview, Bryce Mitchell, vice-president of core engineering at Rogers, said that its partnership with Google has helped it to fine tune its 5G network. In a sense, the Google Pixel 6 and Pixel 6 Pro are the benchmark devices Rogers used to polish its network.

Rogers has completed its 5G core deployment nationally and is focused on deploying services to eligible devices. Now, with the certification process completed, Rogers says the process is much more streamlined for other phone makers who want to get certified.

“Every time we launch a massive new network upgrade, this cycle kind of occurs, and then it gets so much easier after that, and it just becomes business as usual,” Mitchell added.

Rogers did not name the other partners who are currently in its certification pipeline as they’re under heavy non-disclosure. With the pace of 5G deployment ramping up, the company expects “pretty much every device” to quality for its new 5G network in the next couple of years.

Tom Li
Telecommunication and consumer hardware are Tom's main beats at IT World Canada. He loves to talk about Canada's network infrastructure, semiconductor products, and of course, anything hot and new in the consumer technology space. You'll also occasionally see his name appended to articles on cloud, security, and SaaS-related news. If you're ever up for a lengthy discussion about the nuances of each of the above sectors or have an upcoming product that people will love, feel free to drop him a line at [email protected]
Previous article
Latest Nobelium campaign targets victims via cloud providers and resellers: Microsoft
Next article
Coding error by ransomware gang briefly allowed firms to refuse to be blackmailed

Samsung Galaxy Z Flip 4 review: the foldable for everyone