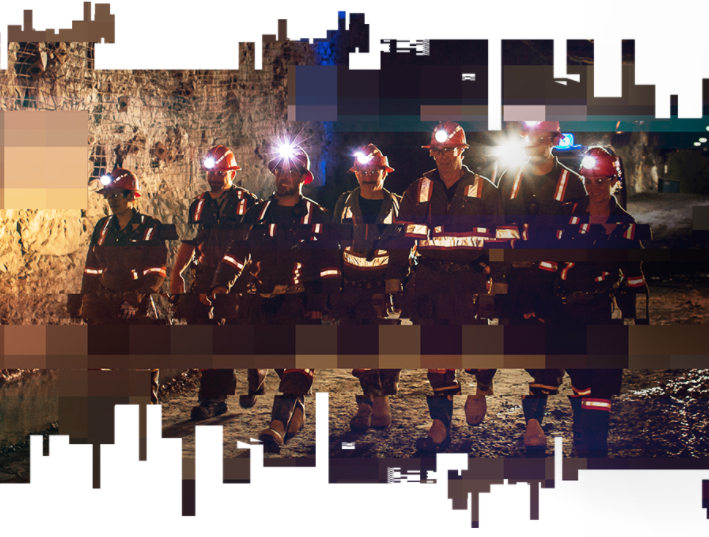 Technology entrepreneurs that think they have the answers to some of the mining industries most challenging problems have a chance to win up to $1 million from Vancouver-based Goldcorp Inc.

The gold producer is hosting its second #DisruptMining competition and it’s accepting submissions as of Jan. 2. Started in 2017, the competition seeks to bridge the gap between mining and technology. It invites startups that have disruptive technologies in the mining space to compete for a chance to negotiate with Goldcorp for an investment up to $1 million, and a pilot project in one of the firm’s six mines. The submission period ends Jan. 16 at midnight eastern time. The whole contest concludes with a pitch competition between three finalists at the March 4 Prospectors and Developers Association of Canada conference in Toronto.

Goldcorp is in a good position to bring together newer IT vendors with the operational technology vendors that are more entrenched in the mining industry, says Luis Canepari, CIO at Goldcorp. He’s hoping that universities will take interest in the competition and organize student teams to make pitches backed by cutting-edge research.

“When you’re a major mining company, you have relationships with all these OEMs and you can see what’s happening in terms of innovation,” he says. “But sometimes you don’t get to see the companies in the R&D stage. They’re just too small.”

Last year’s contest winner was Kore Geosystems, a Toronto-based group of PhD-holding geoscientists that are bringing machine learning to the mining industry. By collecting and analyzing the rock types drilled during the exploration stage of mining, Kore’s technology can help determine what type of mill should be built, how to more effectively blast the site, and what design is most appropriate for the open pit or unground mine operation. It’s also looking at other mining processes that can be improved with machine learning.

Thanks to its success at the 2017 competition, Kore will be running a pilot project with Goldcorp sometime this year.

“We’re building a prototype with them that will make the life of the geologist much easier,” Canepari says. “We’re very happy with how they’ve implemented their ideas.”

The #DisruptMining contest is getting interest from across the industry, he says. Goldcorp’s suppliers and other peers are also going to take part in the event. Any profits generated by the Innovation Expo will be donated towards innovation-focused mining scholarships at the University of British Columbia. Canepari hopes to donate $200,000 this year, enough to fund 15 new students.

Contest winners will be welcome to present to any of the mining companies that attend the conference, Canepari says. The intent is to improve the entire industry by opening up the event, and showcasing both contest finalists and semi-finalists.

Goldcorp has announced the judges involved in this year’s competition:

Blanca Treviño, President & CEO, Softtek, the leading information technology services company in Latin America, and a Director of Goldcorp.  Named one of the ten most powerful women in Mexico, and widely recognized as one of the most influential executives in Latin America, Blanca is a frequent presenter at international forums related to entrepreneurship, IT and the role of women in business. In addition to Goldcorp, Blanca is a board member of Walmart Mexico, and an independent member to the board of the Comisión Federal de Electricidad (CFE), the Mexican government agency in charge of the national electrical system.

George Salamis, President & CEO, Integra Resources, and past Executive Chairman of Integra Gold where he led the 2016 Integra Gold Rush Challenge and co-hosted last year’s #DisruptMining challenge with Goldcorp.  Integra Gold was an early adopter of artificial intelligence to help identify high-value gold exploration targets.  According to Salamis, “The mining industry needs to embrace radical new ideas.  After doing the same thing for decades and expecting different results, mining needs to consider the opportunities disruption can bring to the industry.”

Rob McEwen, Founder and CEO, McEwen Mining, former CEO of Goldcorp.  Rob launched the original crowd-sourced exploration contest in 2000 with the “Goldcorp Challenge”, which led to the discovery of over $6 billion worth of gold in the Red Lake District.  Throughout his career, Rob hasn’t been afraid to challenge convention.  “Don’t stand in line, as you’ll only get to the front as fast as the person in front of you,” says McEwen. “I have been closely watching what companies like Amazon, Airbnb and Uber are doing, crossing industry lines very quickly. We are seeing the invasion of industries by companies that suddenly appear and I’m waiting for that to happen to mining. We need to keep our eyes open and our heads turning. #DisruptMining allows our industry to embrace new technologies and be experimental, faster. Kudos to Goldcorp for continuing to accelerate the pace of innovation for the benefit of our entire industry.”

Veronica Knott, University of British Columbia Mining Engineering student and winner of the 2017 Engineers Canada Gold Medal Student Award, recognizing her work toward making engineering more inclusive and diverse.  “If you want to make change, be ready to put in the time and effort, be prepared to fail, and be okay with criticism,” says Knott. “The faster you eliminate ideas and incorporate key learnings as you go, the closer you’ll get to a breakthrough that makes a big difference.”

Wal van Lierop, President & CEO, Chrysalix Venture Capital, a venture capital company that builds, mentors and connects high-growth companies, bringing disruptive innovation to the world’s largest industries by focusing on where technology meets physical science. The firm is backed by more than 20 international blue-chip industrial and financial investors and was named ‘Financial Investor of the Year’ as part of the 2017 Global Cleantech 100 Awards. Its investments include breakthrough technologies in 3D steel printing, fast charging electric vehicle infrastructure, emissions-free solar steam, smart mining and nuclear fusion. Van Lierop is an advocate for the Canadian government’s innovation agenda to become the No. 1 developer and exporter of sustainable industrial innovations, transforming mining, hydrocarbons and forestry, rather than abandoning these sources of Canadian prosperity.

The deadline for entries is Jan. 16 and selected entrants will be notified Feb. 5.