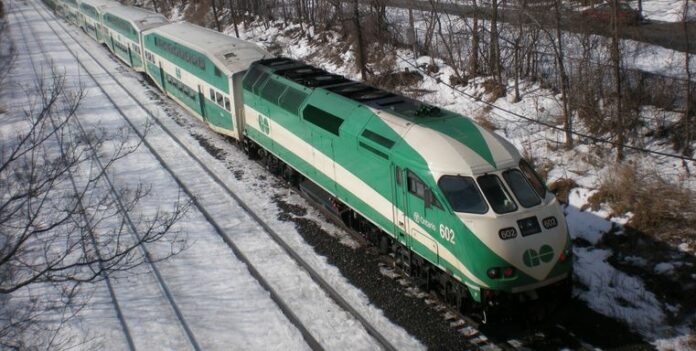 The first Monday of February 2015, probably was not the best day for commuters to test it, but Go Transit nevertheless rolled out its free Wi-Fi service to 22 more stations today – when various areas of the Ontario came under a winter storm warning and commuters were advised to stay indoors under travel was extremely necessary.

Free Wi-Fi was rolled out in the following 22 new locations:

The free Wi-Fi is provided through a partnership with GO’s advertising partner IMA Outdoor.

Previously, the service was only available at the following stations:

Currently, free Wi-Fi is available at these 14 locations:

The transit service’s Wi-Fi project began as a pilot program in 2013.

There are 31 stations and terminals that still need to be connected to the network this year.

The expansion of GO’s network follows the launch of a 2013 pilot program that saw the rollout of Wi-Fi access -at 14 stations. The remaining 31 stations and terminals are expected to be connected to the GO network later this year.