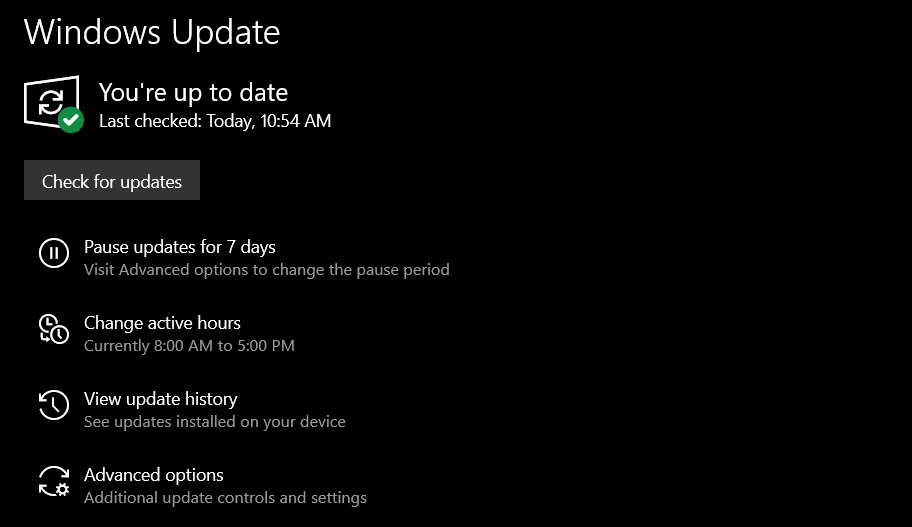 Windows 10’s update woes continue. Hot on the heels of a botched security patch that was retracted on Feb. 15, Microsoft has announced that it’s already looking into problems with its Windows 10 update 2004, the next seasonal upgrade for the Windows 10 operating system.

Microsoft switched to a new model for its operating systems after Windows 8. Instead of releasing entire new versions, Microsoft designed Windows 10 as a continually evolving operating system, releasing new features and enhancements to its functionality every year.

Because these feature updates are large and more complex than they were in Windows 7 and 8, they have a higher chance to break existing features and cause instabilities. To prevent just that, Microsoft beta tests these features with a small group of users months before officially distributing them to all users. According to tech publication ZDNet, Windows 10 update 2004 has been in the testing phase for more than a full year.

But even extensive testing can’t net all the bugs. On its release information page, Microsoft has already listed 11 issues it’s investigating for update 2004. They include incompatibility with older Nvidia graphics cards running driver 358.00 and older, breaking mouse input with apps and games, and problems connecting to multiple Bluetooth devices with certain Realtek drivers.

Windows 10 update 2004 will start landing in users’ machines after these bugs get squashed. There’s plenty to look forward to, including a revamped Microsoft Cortana voice assistant, an overhauled Windows Subsystem for Linux, and better Windows Sandbox mode. IT Pros will gain access to new tools like Windows Defender System Guard, Application Guard, and quality of life improvements for Windows deployment and service deliveries.

Windows 10 has had a turbulent update track record since its launch. Examples of its critical update mishaps extend way back to October 2018 when Microsoft retracted the Windows 10 1809 update. Several users reported that after upgrading to 2018, the content in their custom Users directory, which includes My Documents, Videos, and Pictures, were permanently erased without recovery options.

A more recent retraction occurred on Feb. 15 when Microsoft permanent pulled patch KB4524244, a security update that remedies a security vulnerability in third-party Universal Extensible Firmware Interface (UEFI) boot manager. Upon release, a subset of users complained of annoyances like failure to install, to more severe errors like boot failures. Microsoft’s patch description page only warned that “you might encounter issues trying to install or after installing” the patch.

Tom Li
Telecommunication and consumer hardware are Tom's main beats at IT World Canada. He loves to talk about Canada's network infrastructure, semiconductor products, and of course, anything hot and new in the consumer technology space. You'll also occasionally see his name appended to articles on cloud, security, and SaaS-related news. If you're ever up for a lengthy discussion about the nuances of each of the above sectors or have an upcoming product that people will love, feel free to drop him a line at tli@itwc.ca.
Previous articleCyber Security Today – Many U.S. states don’t use an email protection tool, Windows 10 feature update coming and beware of fake Valorant apps
Next articlePrivacy watchdog doubts current law completely protects Canadians for COVID-19 apps