Deloitte report: How Canadians with autism can help employers close the talent gap 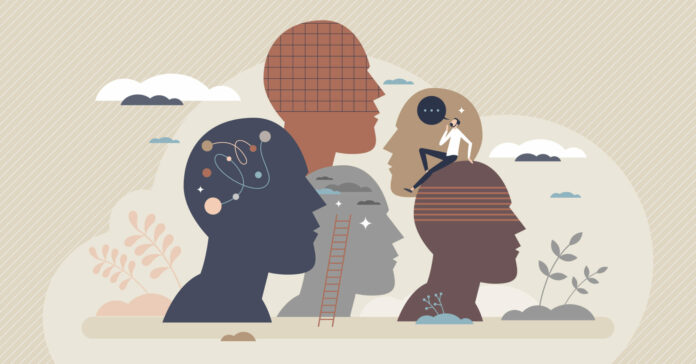 Almost half of employees with autism don’t feel comfortable disclosing their neurodiversity to employers, according to a report jointly released today by Deloitte Canada and auticon Canada, a global technology consulting firm focused on helping companies engage with autistic talent through deployment, education, training, and coaching.

The report, Embracing neurodiversity at work: how Canadians with autism can help employers close the talent gap, points out that adults with autism are often underemployed, with 41.7 per cent of the 454 neurodiverse survey respondents working part-time (fewer than 30 hours per week), on contract, or as temporary workers. In contrast, 18.4 per cent of all employed Canadians work part-time.

For the neurodiverse with jobs, only two per cent had been in their current positions for more than five years; 47 per cent said one or two years, and 29 per cent 3 to 5 years. In 2021, the Canadian average tenure among all workers was 8.6 years, with those 25 – 44 years of age changing jobs more frequently. Their average was 5.9 years in a position.

With 48 per cent of companies reporting workforce shortages in 2020, the report notes, while Canadian businesses have made significant strides toward improving diversity, equity, and inclusion on many fronts, employment barriers remain for neurodiverse Canadians. And one huge barrier for them is the emphasis on social skills during interviews. Forty per cent of respondents cited it as a great challenge in their job hunts.

The report says, “From an employer perspective, there is a real risk that current job-interview processes are working to eliminate highly qualified candidates, including those with autism.” It recommends educating recruiters, leaders, and staff to help dismantle preconceived ideas about autism and tackle their conscious and unconscious biases about it.

“The autistic community has so much to offer, and unfortunately, a lot of the potential of neurodiverse Canadians is either lost on employers, or goes untapped,” said Roland Labuhn, partner, digital and analytics at Deloitte Canada. “From the hiring process to a clear lack of support systems for employees, the autistic community still faces significant barriers in finding meaningful work, and it’s important for employers to recognize that removing these obstacles will lead to a more inclusive workplace for all employees.”

It can also lead to filling much-needed tech positions. The report observed that nearly 90 per cent of respondents pursued a STEM field in post-secondary education, and 48 per cent of all survey respondents said the idea of working in a technology-related field was appealing.

However, the survey reported that respondents who did get employment were often uncomfortable – 47 per cent said they aren’t comfortable disclosing their autism to employers, and more than half (55 per cent) of survey respondents indicated they feel there’s a stigma associated with autism. On the job, 56 per cent said they’re treated differently once people learned of their autism, and 42 per cent claimed they’ve been the target of discrimination at work.

“It’s alarming that the autistic community continues to feel they can’t bring their whole, authentic selves to work, or disclose their neurodiversity to employers,” said Garth Johnson, chief executive officer of auticon Canada. “Until people feel comfortable sharing this information, the door to the workplace will never truly be open to the autistic community. In an incredibly competitive hiring environment, it is critical for Canadian employers, across all industries, to do more to learn about autism, and neurodiversity generally, and launch sincere, thoughtful efforts to tap into this wellspring of talent.”

The report concludes, “Companies across Canada and around the world have been searching high and low for talent, especially for those with in-demand technology skills. It’s time they broadened their hiring horizons and engaged with the country’s autistic community. Canadians with autism deliver what employers want: skills, focus, dedication, productivity, and a desire to learn and grow in their careers.”

Lynn Greiner
Lynn Greiner has been interpreting tech for businesses for over 20 years and has worked in the industry as well as writing about it, giving her a unique perspective into the issues companies face. She has both IT credentials and a business degree.
Previous articleCyber Security Today, April 4, 2022 – British teens face Lapsus$-related criminal charges, an MFA warning and updates needed for Github, Rockwell PLCs and Apple devices
Next articleAlida wins Comparably’s award for Best Company Outlook