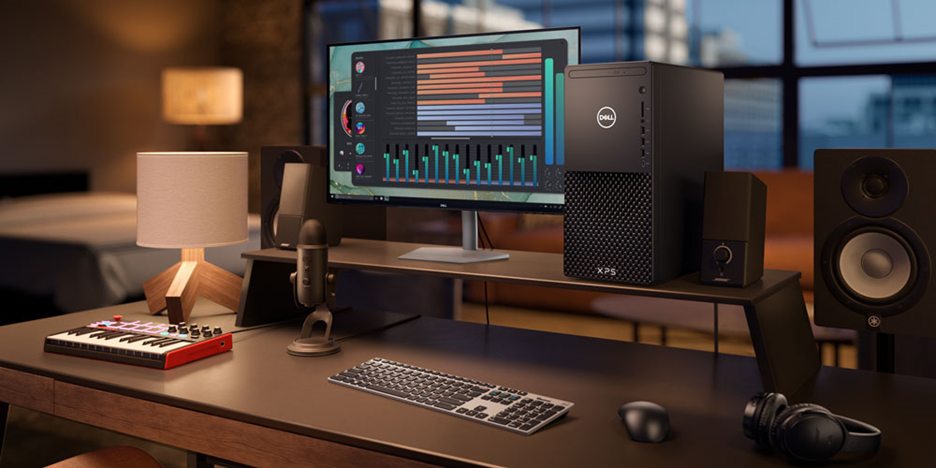 Dell has revamped its XPS Desktop with upgraded hardware.

The new desktops, which Dell said it has redesigned from the ground up, features Intel’s 10th gen Core processors, including the 10-core Intel Core i9-10900K. The processor can be paired with up to an Nvidia GeForce RTX 2070 Super graphics card, or an AMD Radeon RX 5700 XT, as well as up to 128GB of DDR4 2,933MHz memory.

Dell has also shrunk the chassis size to 19L, 5L smaller than the previous generation. Users can access its internals through the tool-less chassis. Despite its smaller size, the new XPS Desktop still sports a tower cooler to chill the beefy processor.

By default, the Dell XPS desktop comes with a 360W power supply for 65W processors with up to a 150W graphics card. For configurations with higher-end graphics and processors, users can opt for the optional 500W power supply instead.

Dell also flanks the regular XPS Desktop with a “Creator Edition” that features Intel 10th gen 10 core processors, up to 128GB of memory, and validated for Nvidia’s Studio drivers.

The new Dell XPS Desktop is available now starting at US$650 (around CA$883). Configurations with AMD graphics will be available in the near future.

Tom Li
Telecommunication and consumer hardware are Tom's main beats at IT World Canada. He loves to talk about Canada's network infrastructure, semiconductor products, and of course, anything hot and new in the consumer technology space. You'll also occasionally see his name appended to articles on cloud, security, and SaaS-related news. If you're ever up for a lengthy discussion about the nuances of each of the above sectors or have an upcoming product that people will love, feel free to drop him a line at tli@itwc.ca.
Previous articleVulnerability disclosure program needed to ensure confidence in COVID apps, says expert
Next articleNew channel market data provides clues for navigating the rough road ahead