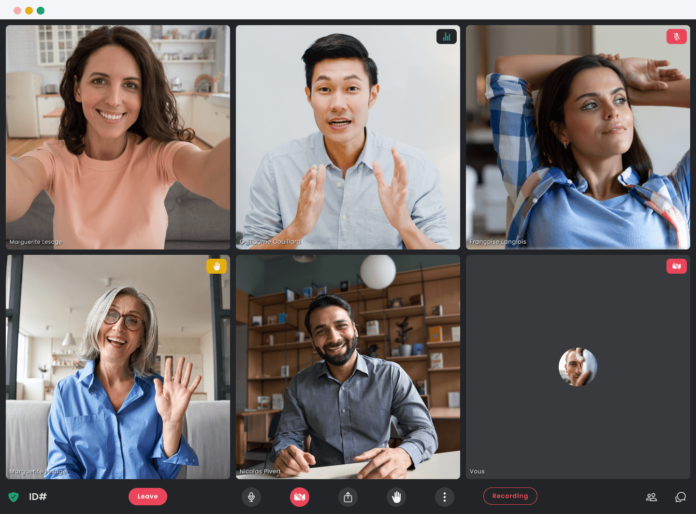 Although Montreal-based Crewdle is still in its infancy as a company, it can already lay two big claims: it’s the greenest video-conferencing service in the world, and the first and only video-conferencing platform built in Canada. What’s equally impressive is that launching it during a global economic shutdown didn’t deter co-founder and CEO Vincent Lamanna.

“I didn’t know what it meant to start a business during a pandemic, but I wasn’t worried,” says Lamanna, who earned a software engineering degree from McGill University in 2005. “In fact, I was pretty excited. And we hired our team without meeting anyone face to face, all on our own platform.”

In March of 2020, Lamanna had read an article about the harmful environmental impacts of video streaming that relies on media servers. He learned that traditional video-conferencing platforms produce up to one kilogram of carbon dioxide and use up to 12 litres of freshwater as a coolant per hour of use per participant. Add to that the electricity needed to run the servers, which doesn’t always come from renewable sources. The main culprits? Data centres located hundreds or thousands of kilometres away from where users are located.

At the time, Lamanna was looking for a new business opportunity, after financing for a start-up fell through when COVID-19 landed. “That article got me thinking, was it possible to eliminate servers in a video-conferencing solution?” says Lamanna. “The answer was yes.”

Steady, targeted growth
Lamanna partnered with Pierre Campeau, who signed on as Crewdle’s Chief Operating and Financial Officer. Focusing on technological and social innovation, Lamanna brings expertise as a technology and product leader with more than 20 years of experience in software, video-game and web development. Campeau, a pioneer of the IT industry and digital marketing agencies in Quebec, has over two decades of experience in business management.

In October of 2020, the business partners launched a beta version of their video-conferencing service. Ten months later, they had grown from two to eight full-time employees; by the end of 2021, Lamanna predicts 20 will be on the payroll. Currently, all are working remotely, although at some point Lamanna foresees establishing an office (perhaps a shared co-working space) with a hybrid work model.

Crewdle’s team is united in its mission to eliminate servers in favour of peer-to-peer technology, which not only has environmental benefits but also reinforces the security and privacy of communications. That’s because data streams are always decrypted on servers, which allows big corporations in that market to sell data at great profit for targeted ads, for example. Crewdle’s serverless digital ecosystem is secure, green and affordable—as much as 75 per cent less than the big market players.

For now, Crewdle’s clients are small and medium-size enterprises that include a political party, lawyers, accountants and yoga teachers, since the Version 1 platform only supports 12 participants on a video call (Version 2 will support 30). As of August 2021, the company had 1,000 users. The goal by the end of December: 10,000. “We’re pretty confident our user base will grow, as we roll out Version 2 of our service,” says Lamanna. “We want the user experience to be extremely good.”

With a patent pending on the technology, Crewdle’s CEO admits it’s a a pretty exciting space to be in. “We get to compete with big players worth $100 billion on the stock market,” says Lamanna. “But the best part is that with our small team we get to do rewarding work that has a positive impact on the planet.”