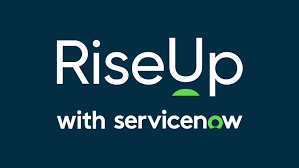 California-based provider of cloud-based solutions, ServiceNow has announced RiseUp with ServiceNow, a global program designed to skill one million people on the company’s platform by 2024.

The program seeks to build a diverse and inclusive workforce by expanding the definition of tech talent and emphasizing holistic competencies and ‘power skills’, such as critical thinking and interpersonal communication.

“Instead of focusing on the skills gap, we believe it’s time to focus on the opportunity gap and broaden the definition of tech talent so more people can benefit from the demand for digital transformation.” said Lara Caimi, chief customer and partner officer at ServiceNow. 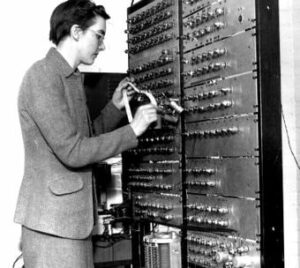 Kathleen Booth, who co-designed one of the world’s first operational computers, has died aged 100. She also wrote two of the earliest books on computer design and programming, and was credited with the invention of the first “assembly language”, a programming language designed to be readable by users.

At Birkbeck College in England, Booth contributed to the discovery of the double helix shape of DNA, built a computing machine called the Automatic Relay Calculator, co-wrote General Considerations in the Design of an All Purpose Electronic Digital Computer and Automatic Digital Calculators, which included the general principles involved in the new “Planning and Coding” programming style. Later, she co-founded the School of Computer Science and Information Systems with her husband at Birkbeck.

In 1962, she became a research fellow and lecturer at the University of Saskatchewan, and in 1965, the director of a national project on machine translation of language. Six years later, she retired and founded a computer consulting business on Vancouver Island with her husband.

Winners will be announced on November 30, 2022 during a virtual awards presentation. 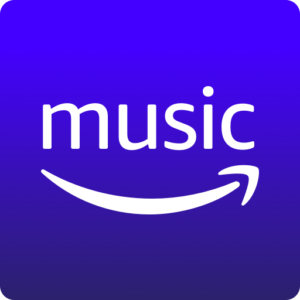 Prime members can now benefit from an expanded catalog of songs, available in shuffle mode and ad-free on Amazon Music. They can discover more music, based on their likes, shuffle play any artist, album or playlist in the catalog, stream a collection of All-Access playlists and download them for offline listening. Members can also upgrade to Amazon Music Unlimited to play their songs ad-free, in HD or Ultra HD quality and access music in Spatial audio.

Prime members can also listen to popular podcasts ad-free and on demand, including the Wondery catalog of podcasts. The Amazon Music app will also include the new Podcast Previews feature, allowing listeners to preview a soundbite from an episode.

Tresorit’s Digital Workspace is designed to protect documents so workers can collaborate internally and externally without compromising data security or privacy. With Tresorit Simple eSign, users can now request and manage signed documents in a single, end-to-end encrypted workspace.

“Our zero-knowledge, end-to-end encrypted workspace was built with privacy and compliance in mind ,” explained Tresorit chief executive officer (CEO) and co-founder István Lám. “Remote work models drive business initiatives, and companies need to protect themselves from insider threats, like accidental data misuse. We believe that data privacy is a human right that should include protecting all information from unnecessary access, including from us.”

Tresorit eSign is now available to all Tresorit customers.

There are no shortcuts to fighting human-directed ransomware, according to Microsoft’s latest Digital Defence Report.

Elon Musk’s Twitter Takeover: What happens to the platform?

Following Elon Musk’s takeover of Twitter, the fate of the social media platform is now up in the air.

News that the mega-vendors reported weaker than expected earnings last week is just one of many signals that this is not just a blip, but indicative of what could end up being a severe and global economic slump, says Info-Tech analyst Scott Bickley.

Designers who use Adobe’s Creative Suite tools, such as Photoshop, Illustrator, and InDesign, are pushing back on a licensing change that forces them to pay Pantone an additional US$15 a month to work with its signature colours within Adobe’s apps.

Nearly half of professionals in Toronto feel disengaged from work: survey

Professionals based in Toronto are facing a “disengagement crisis”, according to findings by UK-based recruitment agency, Robert Walters.

Stacey’s story: Pivoting from oil and gas to the tech sector

Life is what you make it, and nobody knows that better than Stacey McLennan-Waldal, a data scientist who currently works in PwC’s Calgary office in the firm’s advanced analytics practice.

The websites of popular business applications from Veeam, SolarWinds, KeePass and PDF Technologies are being spoofed by a threat actor to spread the RomCom remote access trojan (RAT), according to researchers at BlackBerry and Palo Alto Networks.

Ashee Pamma
Ashee is a writer for ITWC. She completed her degree in Communication and Media Studies at Carleton University in Ottawa. She hopes to become a columnist after further studies in Journalism. You can email her at [email protected]
Previous article
Factory shutdown in China significantly slows Apple iPhone 14 production
Next article
Cyber Security Today, Nov. 9, 2022 – A new data wiper found, and security updates released for Windows and Citrix products