UPEI’s Dana Sanderson | A 2019 CanadianCIO of the Year finalist

This is one in a series of profiles of tech leaders named as a finalist for the 2019 ITAC CanadianCIO of Year Award. Sanderson was part of a Nov. 14 Town Hall discussion for finalists focused on the changing role of the CIO. The ITAC CanadianCIO of the Year winners will be announced Nov. 27 at the Ingenious Awards. 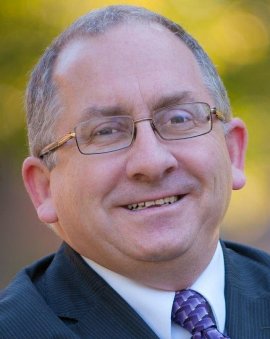 “My path has been non-traditional,” he said describing previous positions with organizations that included Atlantic mega-conglomerate J. D. Irving Limited (JDI), the Federal Government, and in sales and marketing with the Canadian Bank Note Company.

“I started from the ground floor in IT. Zero experience. But I always had that business sensibility, and over the years — especially as UPEI’s CIO — I’ve worked hard to build bridges between tech and business.”

Register to Listen: CanadianCIO fo the Year Finalist Town Hall Discussion on the Changing Role of the CIO.

Though he would never say it himself, humility has always been one of Sanderson’s strengths.

“I think I’ve always worked hard to grow in practical knowledge — knowledge that can be put to everyday use. Along the way, I took any advice and guidance I could get. This prepared me for the work I do now. I am a CIO by title, but a bridge-builder by nature. I always try to see things from all angles and levels, from the proverbial shop floor to the top floor.”

The first 20 years of Sanderson’s three-decade-long career was spent as an IT director at JDI, a Saint John, New Brunswick-based organization with business units in everything from agriculture to shipbuilding to hydro energy to forestry to transportation. At JDI, Sanderson introduced numerous innovative business and IT improvements. His efforts were driven by business principles, strategy, and operational efficiency as goals, not the promises of the latest gee-whiz technology.

“I wasn’t looking to leave JDI,” he said. “I’d had great success there, and loved the people and the organization, but when the opportunity to become CIO at UPEI came up, I couldn’t say no.”

UPEI is the only university on Prince Edward Island.

“I entered the frame when the university was coming into a kind of boom period,” he said. “The student population was expanding, as was the campus. However, I recognized there were some issues around processes and technology that needed to be addressed if the university was going to hit full stride.”

Sanderson said he was able to address those and other challenges because the UPEI executive sees IT as an investment, and the CIO as a key player in the university’s transformation. To Dana’s thinking, this is the best and only way for an institute of higher learning to operate in the digital age.

“Student expectations of digital technology are sky-high now,” he said. “Their perspective is that technology is a given. It’s not something they want to be thinking about in terms of whether the network is stable or whether the right collaborative tools are available. Today it’s about instant response.”

Sanderson says the major gaps on the UPEI campus right now are around connectivity, network speed, and wireless.

“We have just kicked off a major project to modernize our complete campus network infrastructure,” he said. “We’re moving to a CISCO SDA network, and replacing every switch, wireless access point, and wireless LAN controller on campus. Once completed, this project will mean a much improved wireless network — one that will enable us to satisfy the ever-increasing expectations of students, faculty, and staff.”

That kind of investment will put UPEI among the top universities in the country for a long time to come, he says.

“So much change is happening right now in technology, and we must make sure we’re not just keeping up but taking advantage.”

When asked about the difference between being a CIO at a university and being a tech lead at a private corporation, Sanderson stressed the importance of education.

“At JDI, IT was part of an economic engine, with data shared when necessary but by and large protected extensively. At a university, however, access is open. We still have to protect data, but it’s much more open and collaboration-focused. This is as it should be in an environment of learning and sharing, but it’s the main challenge my team and I face: to find that happy balance between process, security, and enablement.”