Out of 1,554 mobile plans offered by 213 mobile operators in 36 countries, Canadian mobile plans cost 4.7 per cent lower than other G7 countries and Australia for the same quality of service. Its value proposition bested all other G7 nations.

When compared to 15 European Union countries and the U.S., Canada ranked 6th in mobile service value proposition. The model for this comparison used some estimated data for the EU countries and assumed they all share important commonalities. 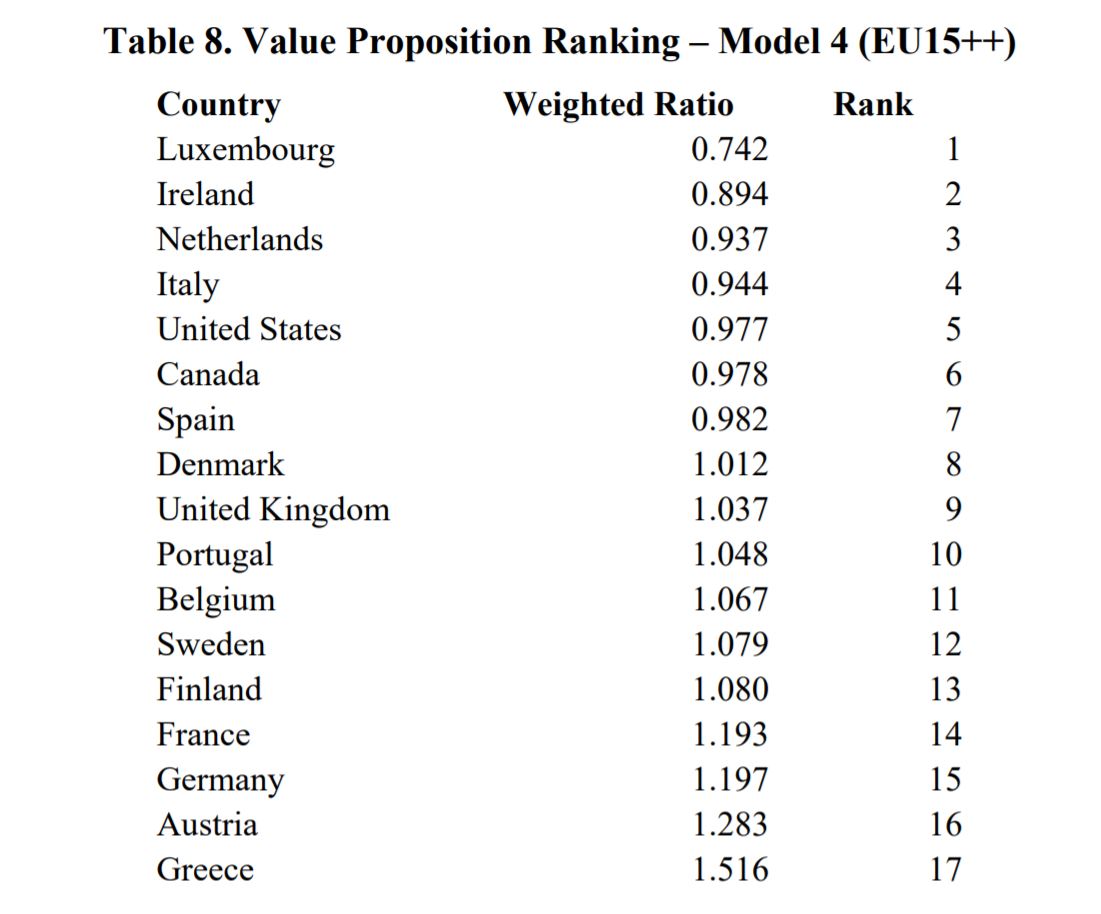 In its abstract, the report stated that its goal is to offer a more complete comparison between U.S. mobile services and other countries. It factored multiple variables into consideration instead of relying solely on price.

“The [previous] studies’ simplistic analytical techniques assume a world where consumers are indifferent to all other competitive differentiators (i.e., monthly service allowance and quality differences) beyond price,” wrote the study abstract. “The price rankings also fail to consider the vast differences between the study countries that affect the building of networks.”

In order to offer this complete picture, the new U.S. study included plan attributes, network attributes, and country attributes along with pricing, which encompassed monthly recurring charges, net of taxes, and installation fees. Pricings were gathered from consumer-facing websites of 1,554 facility-based and MVNOs. The detailed methodologies and data selection process can be found in the full report.

Opensignal’s bi-annual report, published in February, concluded that Canada’s mobile performance is world-class, beaten only by South Korea. Measurements were sampled from devices in major cities including Toronto, Edmonton, Calgary, and others.

Last week, the Canadian Radio and Telecommunication Commission (CRTC) concluded a major hearing with Canadian telcos to evaluate the merits of enforcing MVNOs and the state of wireless competition.

Tom Li
Telecommunication and consumer hardware are Tom's main beats at IT World Canada. He loves to talk about Canada's network infrastructure, semiconductor products, and of course, anything hot and new in the consumer technology space. You'll also occasionally see his name appended to articles on cloud, security, and SaaS-related news. If you're ever up for a lengthy discussion about the nuances of each of the above sectors or have an upcoming product that people will love, feel free to drop him a line at tli@itwc.ca.
Previous articleIn response to COVID-19, Cisco is handing out free 90-day Webex business licenses
Next articleCanada among most secure countries, according to Comparitech’s 2020 cybersecurity rankings