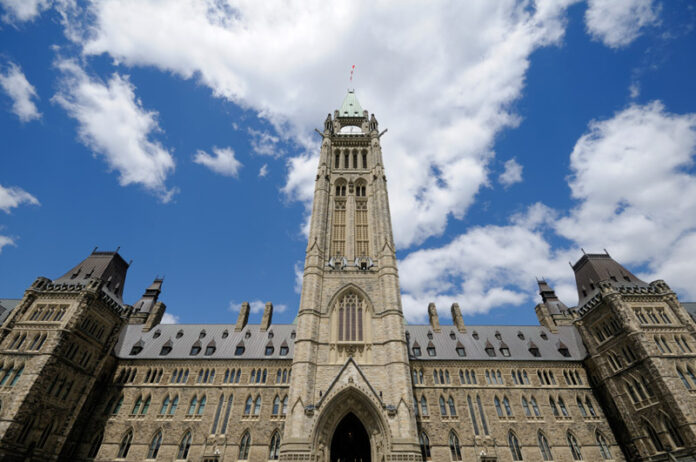 The Liberal government has introduced its second attempt at overhauling the country’s privacy laws covering the business sector.

Innovation Minister François-Philippe Champagne introduced Bill C-27 in the House of Commons this morning. Details of the legislation weren’t immediately available so it wasn’t clear how it will differ from the proposed legislation the government tabled in 2020, but it comes in three parts:

UPDATE: The full legislation is here.

UPDATE: In a technical briefing an official said there are five main changes in the new version of the CPPA compared to the earlier one:

Organizations will still have to use plain language in explaining to users what personal data is collected and how it will be used.

In response to one complaint, the changes also specify some members of the Personal Information and Data Protection Tribunal must have privacy law experience.

In a news release, Champagne said the new proposed CPPA will ensure that the privacy of Canadians will be protected and that innovative businesses can benefit from clear rules as technology continues to evolve. This includes:

The government says the proposed Artificial Intelligence and Data Act AIDA) will introduce new rules to strengthen Canadians’ trust in the development and deployment of AI systems, including:

In a briefing for reporters, a government official said AIDA “is a principles-based law that lays out key requirements that companies must follow to demonstrate they are developing and deploying artificial intelligence responsibly.

“The government will define in regulations classes of AI systems that have a high impact on people. The core obligations will require organizations to assess their AI systems against the criteria for high-impact systems. Organizations will have to document their rationale, and proactively identify and mitigate risks in the development and deployment of high-impact systems. This includes risks to human health, safety and biases in systems.”

They will also have to report general information to the public about their AI systems.

The legislation is an attempt to deal with worries that AI systems will be used to identify and discriminate against women, minorities, persons with disabilities and others.

The proposed laws would only apply to federally-regulated industries, such as the financial, telecom, interprovincial transportation, and interprovincial energy sectors, and provinces and territories that don’t have their own private sector privacy laws. These include Ontario, Manitoba, New Brunswick, Nova Scotia, Newfoundland and Labrador, Prince Edward Island, Saskatchewan, Yukon, Nunavut and the Northwest Territories.

The goal of private-sector privacy law reform is to update the Personal Information Protection and Electronic Documents Act (PIPEDA). It needs to be overhauled largely to meet the demands of the European Union that countries have legislation or agreements with the EU that are largely similar to its General Data Protection Regulation (GDPR) if foreign businesses collect personal information of EU residents.

Former privacy commissioner Daniel Therrien criticized the original CPPA (at the time called Bill C-11) for allowing businesses to collect or use an individual’s personal information without their knowledge or consent under certain circumstances. He also saw no need for the creation of a tribunal as an extra step to review any proposed penalties. And he complained that the bill didn’t clearly state that Canadian residents have a right to privacy.

C-11 died when the government called the 2021 election.

In the runup to its second attempt at overhauling PIPEDA, the private sector has been pressuring the government to keep the CPPA and not to make it too close to the GDPR.

Initial reaction to the proposed laws has been favourable. Former Ontario privacy commissioner Ann Cavoukian said she is “especially pleased” to see the AI legislation given the growth and reliance of artificial intelligence. “I’ve always said that we need to ‘look under the hood’ when it comes to AI and the means by which it is brought to bear. So this looks like a good start — very thorough and comprehensive, on the face of it. Cavoukian is now executive director of the Toronto-based Global Privacy & Security by Design Centre.

The proposed bill is long overdue, said Imran Ahmad, co-head of the information governance, privacy and cybersecurity at the Norton Rose Fulbright Canada law firm. “The changes (compared to its predecessor, Bill C-11) take into consideration the feedback and critiques directed by stakeholders during the last consultation process. The bill seems to be going in the right direction. The order-making powers of the Commissioner are one of the key features of the Bill. Overall, it brings Canada in line with what’s happening around the world in the area of privacy and data protection laws.”

At the end of the day it is not dramatically different from C-11 which was tabled in 2020, said David Fraser of the Halifax-based McInnes Cooper law firm. “The main changes from PIPEDA are the ability for the OPC to issue orders, and the establishment of a tribunal to deal with penalties. I think it does appropriately take into account the need to separate the role of the police and prosecution, on one hand, from the role of the judge, on the other hand.”

It is interesting to note that information about minors is deemed to be sensitive, but that individual autonomy of decision-making for kids is respected where they are mature enough to make their own decisions.

There’s something in here to make most people happy and to disappoint most people. On first blush, there are no big surprises: it seems to be a reasonable compromise.

Howard Solomon
Currently a freelance writer, I'm the former editor of ITWorldCanada.com and Computing Canada. An IT journalist since 1997, I've written for several of ITWC's sister publications including ITBusiness.ca and Computer Dealer News. Before that I was a staff reporter at the Calgary Herald and the Brampton (Ont.) Daily Times. I can be reached at hsolomon [@] soloreporter.com
Previous articleHashtag Trending June 16 – Ethereum mining unprofitable; Firefox’s Total Cookie Protection feature; Bill Gates is not a fan of NFT’s
Next articleB.C.’s CIO says verifiable credentials key to creation of national digital strategy