Toronto-based BlueCat Networks is the latest example of a vendor that’s made its business on proprietary software code, yet is dabbling more with open source collaboration on Github.

BlueCat launched its repositories, under the banner of BlueCat Labs, on the Microsoft-owned open source community in the first half of 2018. Since it was founded in 2001, the vendor has focused on simplifying management of enterprise domain name space (DNS), and the Github is just another step in that direction. DNS is a fundamental layer of network technology, with many more abstracted networking services hooking into it. Every time a new server is provisioned, or a cloud instance is spun up, or a VoIP desk phone is plugged in, the enterprise DNS directory must be updated somewhere down the chain.

With the trend of network virtualization pushing more automated packaging of networking functions all the time, the number of integrations BlueCat is developing is multiplying. BlueCat’s customers need to tailor their DNS environments to talk to other platforms integral to their infrastructure. To make that easier, the BlueCat Gateway product that allows those integrations to be coded with Python. At the same time, it launched BlueCat Labs to share workflows for Gateway, creating a community where BlueCat employees and users could collaborate. Now with nine repositories on Github, the space is being used to push the boundaries of automated service and explore new integrations.

“Think of it like a cookbook,” says Andrew Wertkin, chief technology officer at BlueCat. “We want to provide as many examples as possible to our customers of the types of automation that we’re seeing other customers do in general bootstrapping.”

Customers also want to interface with other open source networking platforms, such as Kubernetes and OpenStack. The nature of these technologies sees them deployed into environments with specific tweaks. As a result, BlueCat can’t practically create one configuration for all of its customers. So opening up the Gateway access to an open source community allows customers to accomplish things more quickly. Plus, BlueCat’s business strategy isn’t to make money by charging customers for the different integrations they need to add on. Instead, it’s providing a critical node that is flexible enough to maintain its relevance.

BlueCat Gateway is also available through Quay.io, a repository of container images. The fact users can click a button to deploy Gateway to their environments marks a big change from the days of circulating as a .tar archive file.

BlueCat says that its customers, including some global organizations and universities, were pretty clear with their feedback. “Installation was slow and too difficult,” they were told. “Why don’t you just provide an image?” another said.

So they have, in the most accessible way possible.

“It’s better for us if our customers integrate us into their IT eco-system,” Wertkin says. “They’ll deploy more of us and use more of us, and that’s great. So we have to reduce any resistance to its use.”

BlueCat says it sees close to 100 pull requests of its image from the cloud each month, from locations around the world.

By carving out an open source community, BlueCat has created an experimental space where its customers can dabble in extending the product’s usefulness, while guarding against breaking it when things go awry, says Jason Grant, founder of IT consultant firm The Automated Method. It’s also a way for BlueCat to see where its customers want to go.

The Github community also serves as an extension of BlueCat’s support-based community, Wertkin says, which also encourages collaboration between its own team and customers. In some cases, customers even chat with BlueCat engineers via a Slack channel. In others, a user may post a question to a forum that will inspire the creation of a new Github repository. Then, the next time a BlueCat user punches the question into Google search, they’ll find the answer awaiting them.

BlueCat’s not alone in building community on Github. Repositories for other networking automation products, such as RedHat’s Ansible and Cisco ACI, have also been created within the last 18 months. 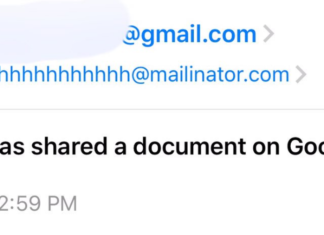