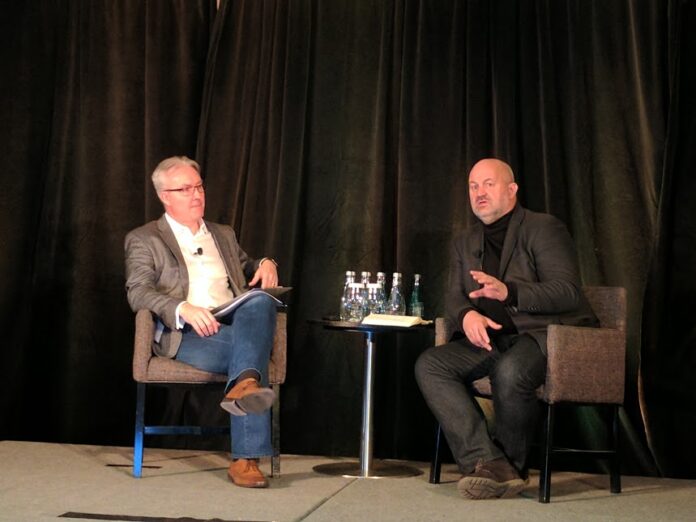 AWS Canada took the wraps off its new region in Montreal on Thursday, saying its first Canadian-soil hosting is open for business with a AWS Canada (Central) region.

The new Canada Region is currently available for multiple services, including Amazon Elastic Compute Cloud (Amazon EC2), Amazon Simple Storage Service (Amazon S3), and Amazon Relational Database Service (Amazon RDS), according to AWS. Regions are Amazon Web Services’ way of describing its own data centre model. For AWS, regions are a cluster of data centres in a specific area. Montreal joins 15 other regions around the world for AWS. The AWS Cloud operates 40 Availability Zones within these 15 regions.

Montreal is AWS’s first North American region outside the U.S. The company has five AWS Regions in North America, including 21 Edge Locations across 14 cities.

For Eric Gales, AWS Canada’s GM, the new region is part of much larger footprint he and his team is building in the Canadian market.

“We’ve been operating in Canada for 10 years and we have thousands of customers deploying more and more resources. And, so to build out our Canadian presence we now have a full array of resources such as sales support, marketing, and partner network,” Gales said.

Availability Zones offer the ability to operate production applications and databases which are more highly available, fault tolerant and scalable than would be possible from a single data centre. Availability Zones are connected to each other through private fiber-optic networking.

One of the strategies Gales is employing with this new AWS region is that customers are seeing compute and aligning it with the IT budget and spending on need.

“There is no commitment when you sign up with AWS. You turn on the power and you pay. Use some capacity and pay. Don’t use it; don’t pay. You can fail fast with AWS and have the flexibility to try things out cheaply,” Gales said.

“This is going to be huge. There was so much pent up resistance before. Now the floodgates are going to open. Larger enterprise companies will now go on (the cloud),” he said.

Levitan expects to see a significant uptick in cloud adoption in the next three months because of the Montreal region, which will lead into a large-scale movement where enterprise customers will shift large volumes of data by the end of 2017. Partners Box and Salesforce two partners that will be moving Canadian operations to the region.

AWS has chosen to expand in this area for business, technical and data sovereignty reasons. The Seattle-based cloud giant said customers want to have apps and data living in the specific country of origin, especially government agencies.

Lena Trudeau, head of public sector, Canada for AWS, says the regions provide a big difference politically. Many Canadian businesses have both regulatory and perceived reasons for keeping data in Canada. There were some limitations with cloud adoption because of it in certain customer segments such as public sector. “AWS is very customer driven and the opportunity to bring on this region we are fulfilling this goal in sectors such as education, healthcare, financial services and the government. Now they have the opportunity to take advantage of the AWS cloud. It’s going to be a game-changer,” she said.

Amazon joins many located in the province of Quebec. Gales says for AWS it was a matter of network capacity requirements. The area had an abundance of power and the province was committed to a long-term renewable resource strategy. AWS Canada wants to be carbon neutral and the hydro power in Quebec enables the company to have room to grow in the territory.

The Montreal region is also part of a global AWS infrastructure expansion that will eventually include seven more availability zones and four new regions for China, Paris and London planned for 2017.