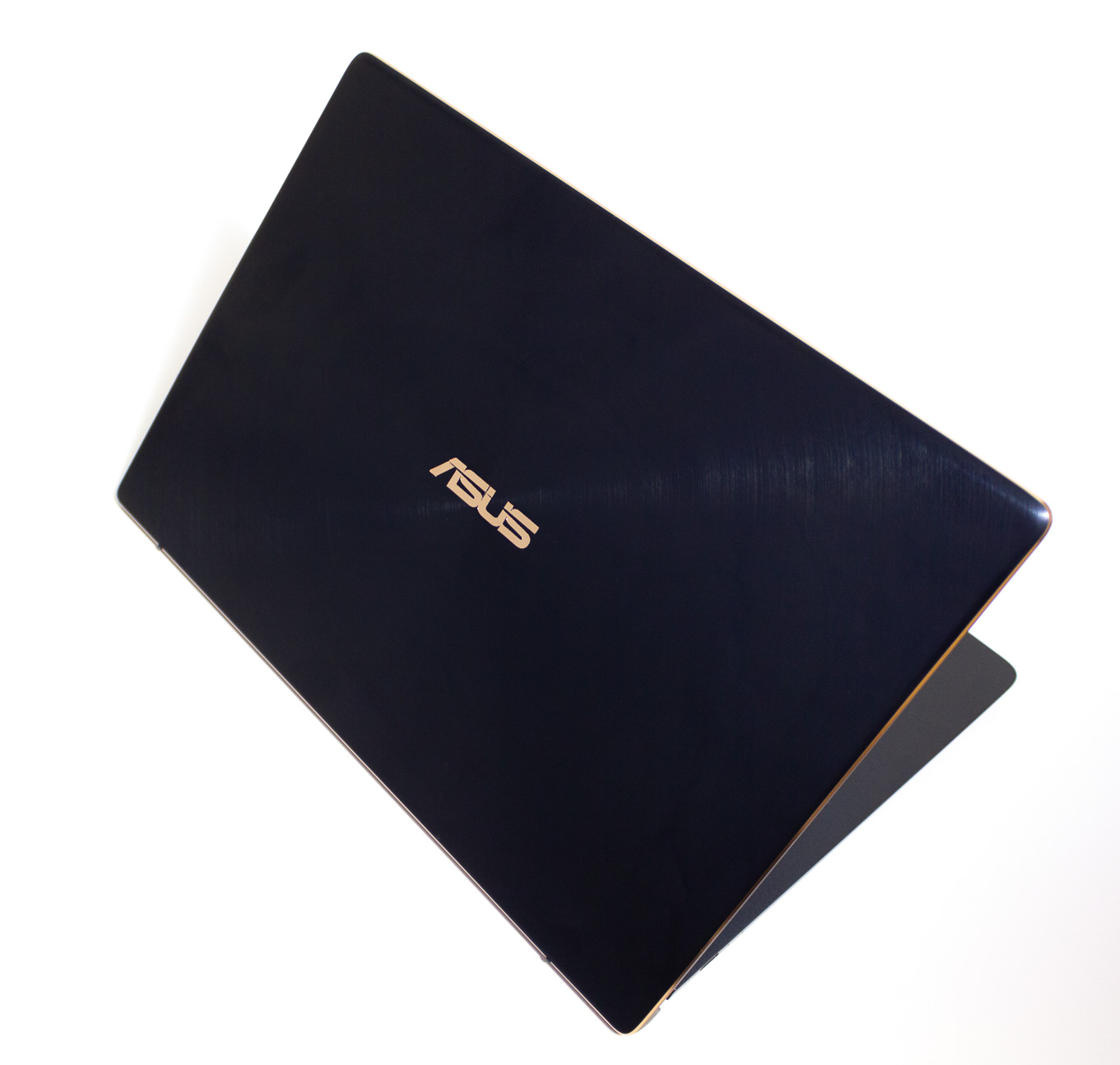 Asus’ ZenBook series has been around ever since Intel first defined specifications for Ultrabooks. Since then, it’s been divided into several series spanning across multiple user verticals. The Asus UX391 belongs to the Asus ZenBook S series Ultrabooks – the highest-end Ultrabook line Asus has to offer.

Considering its prestige, it’s natural that the Ultrabook is no slouch on performance. The Asus UX 391 is equipped with an Intel Core i7-8550U quad-core processors, 16GB of RAM, and 512GB of NVMe SSD. It also comes with a 4K IPS display, unibody-aluminum chassis, and edge-to-edge glass. It’s as much as a business machine as it is for casual use.

The UX391 touts a stylish, urbane design that marries the formality of a business machine and the sophistication of a modern device. Free of excessive decoratives, it blends in comfortably for just about any occasion. The aluminum shell is printed with Asus’ hypnotic swirl pattern spiraling outwards from the logo in the center. 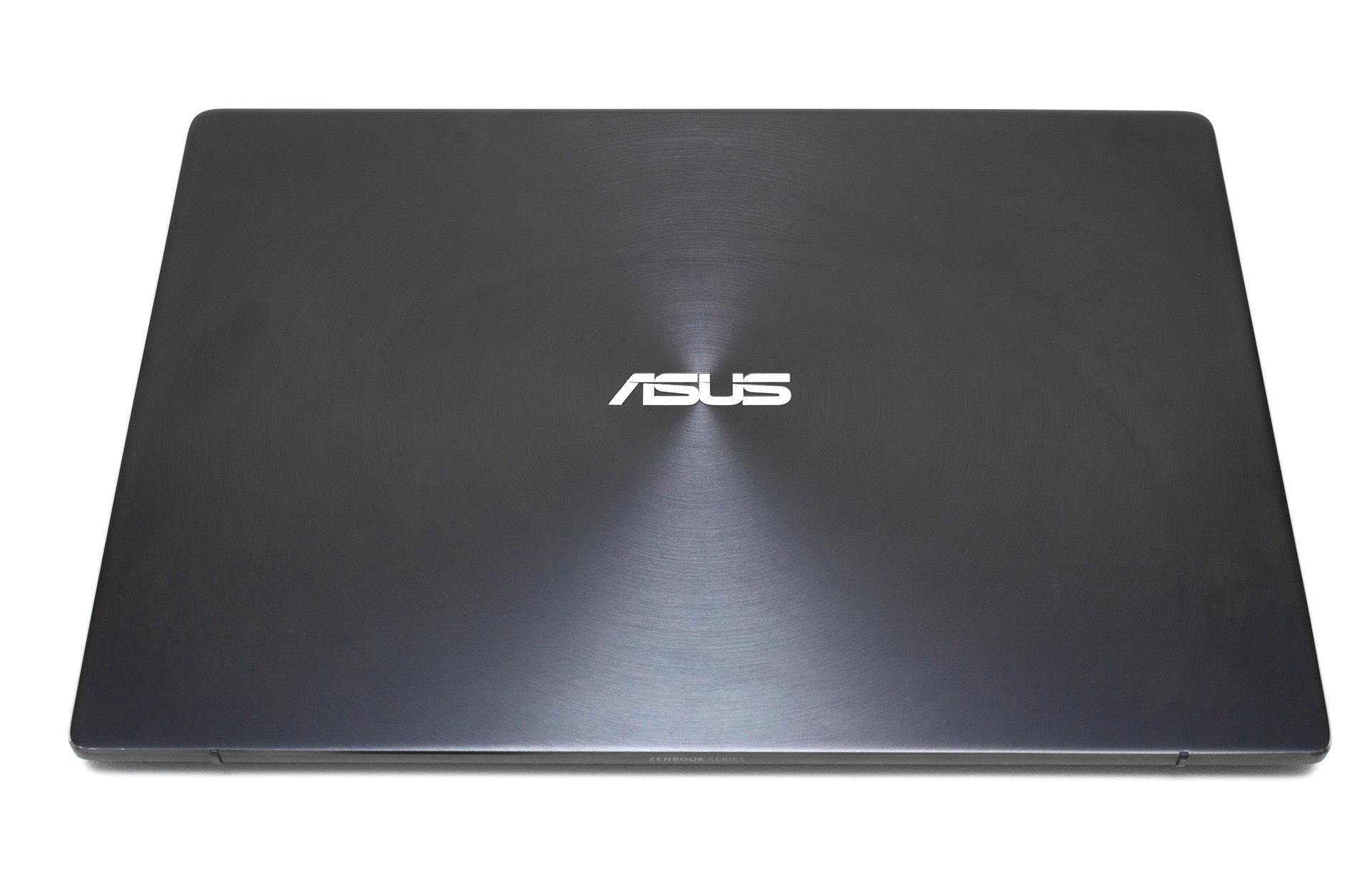 Attention isn’t the only thing it attracts, however, the raw aluminum is also a fingerprint and dust magnet. It’s also very prone to scratches. I consider myself a fairly careful user, but visible scuff marks appeared after just two weeks of regular use.

The display’s bottom edge props up the base when unfolded, creating a gap between the base bottom of the laptop and the surface it’s resting on. The lifted base helps better dissipate heat, while the slight angle makes typing a little more enjoyable. Although its edge has been rounded to avoid cutting into your lap, it seriously needs larger rubber feet to better pad the display’s bottom edge. 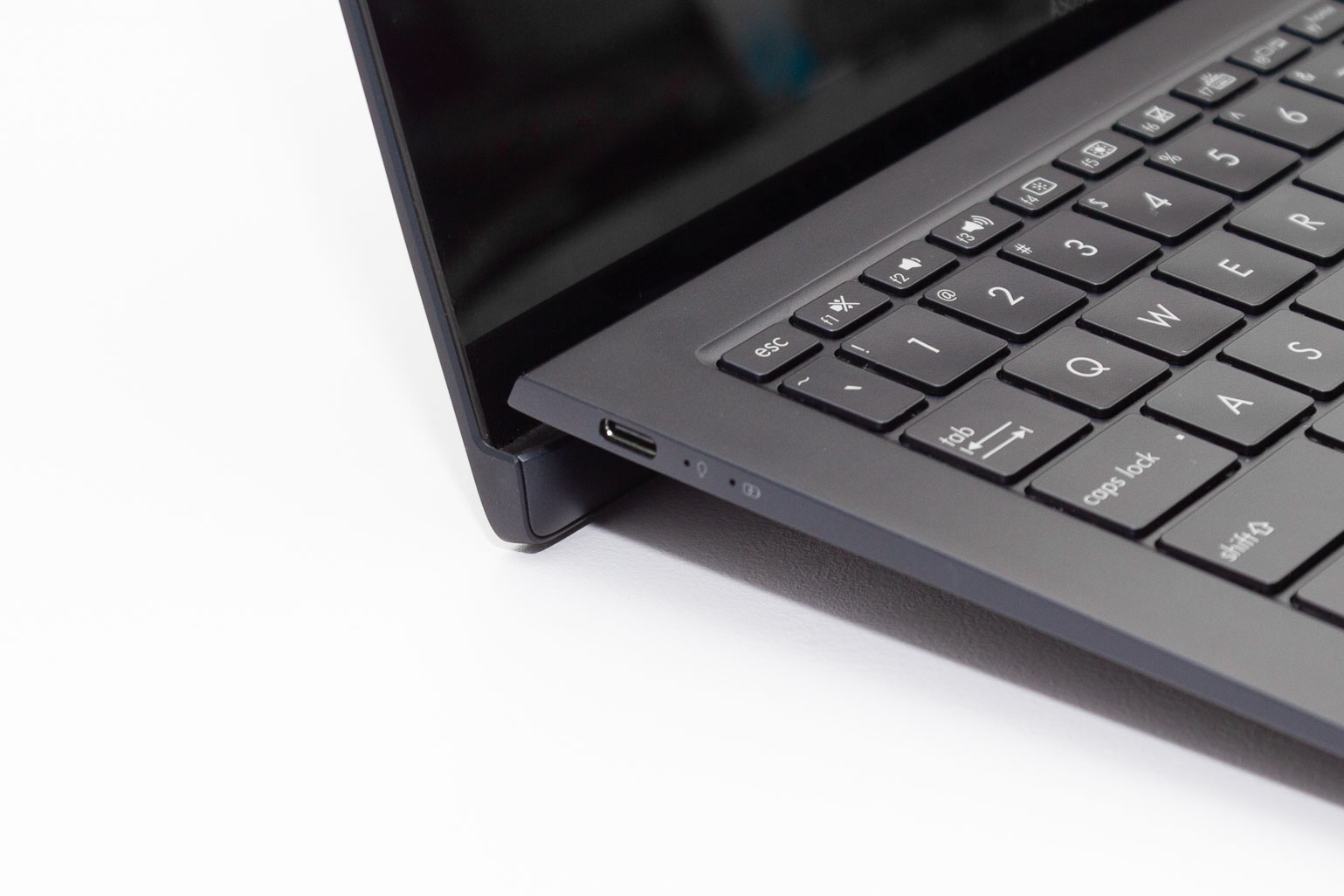 Using the display to raise the laptop also means that it can’t fold backward like the Lenovo Yoga or the HP Spectre X360. For those who need the flip functionality, Asus offers the ZenBook Flip S UX370 which is part of the ZenBook S series lineup but folds into a tablet.

The keyboard employs a standard ANSI layout with regular arrow keys. Some infrequently accessed keys like the tilde (~) key have been compressed to save space. 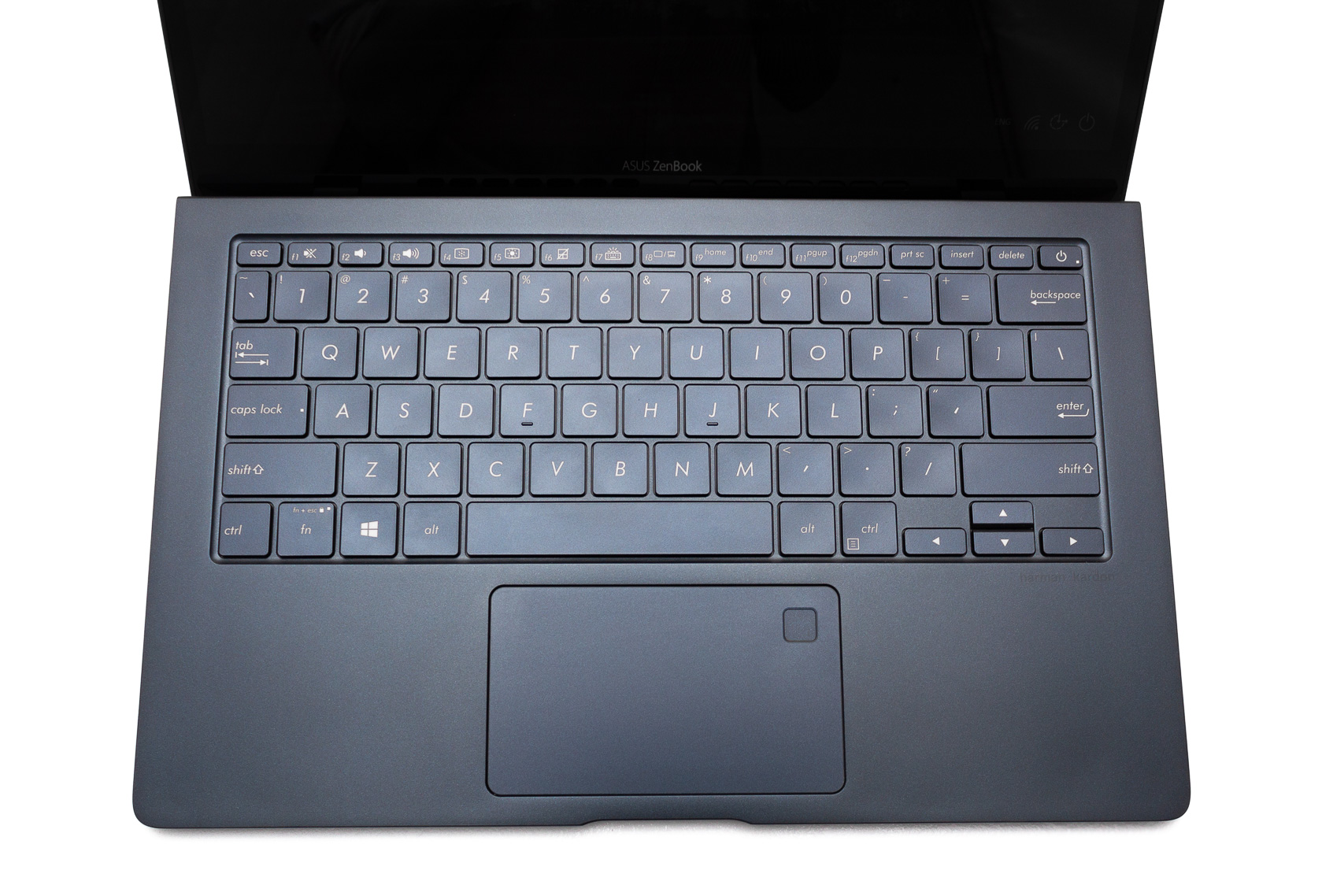 Measuring 12.24 x 8.38” x 0.59”, the UX391 easily slips into your bag and weighs only 2.2lbs. It doesn’t take the award for being the lightest laptop, but you certainly won’t break your back carrying it around.

The UX391 incorporates a spectacular 4K UHD IPS display that covers 97 per cent of the sRGB color gamut, it’s capable enough for professional video and photo editing. Though its colours are great, it’s not HDR compatible. 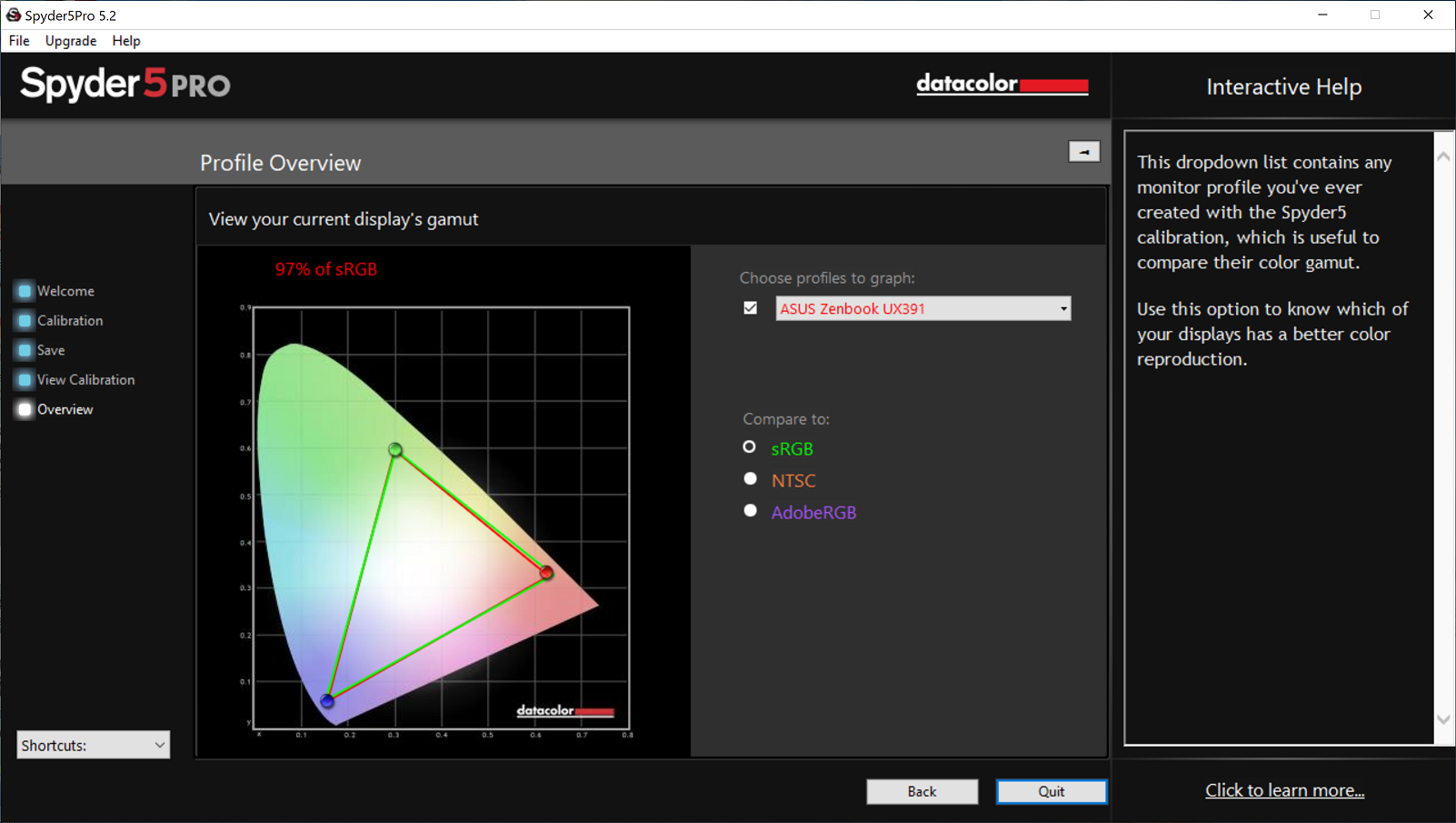 As with all IPS displays, the viewing angle isn’t an issue. This is a good thing, as you’ll need to constantly adjust its angle to ward off the glare. 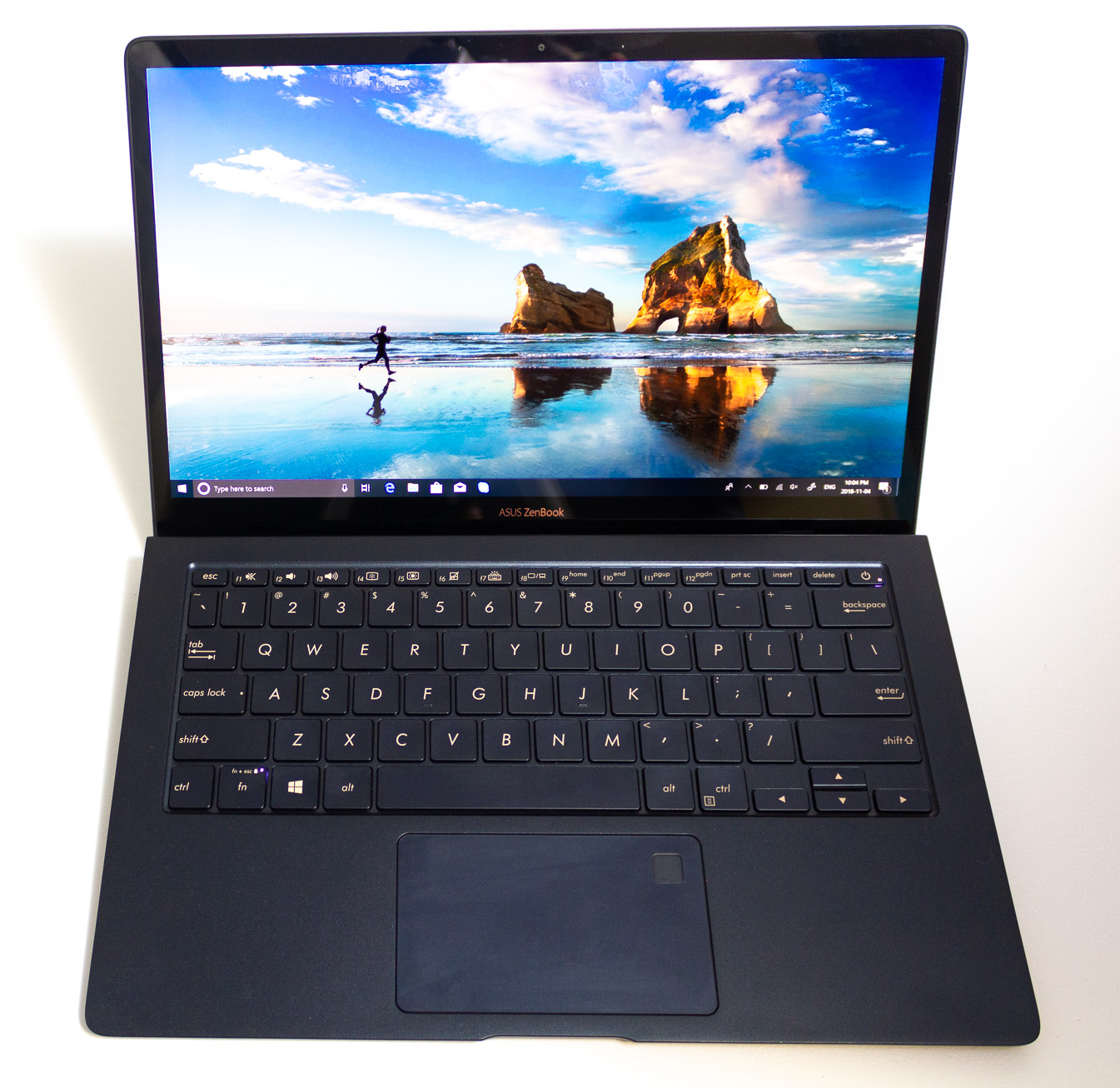 There is, however, visible light bleed at the top left corner. It radiates from the edge and covers around 10 per cent of the display. The bleeding is quite noticeable when watching movies in dim rooms.

Artists and designers may consider picking up the optional Asus pen, but considering how the screen does not flip back, its practicality is limited.

The ZenBook S UX391 can operate in two power modes. One is performance mode, where the CPU operates at full throttle; the other is Quiet Fan mode, where the CPU throttles before the fan speed increases. Though performance mode pushes the processor to the max, it comes at the expense of fan noise. Most users will choose to have Quiet Fan mode enabled, therefore, I ran my benchmark suite using both modes.

The ZenBook S UX391 comes with either the Intel Core i5-8250U or the Intel Core i7-8550U CPUs, both of which are quad-core processors and are great for general productivity. Only the i7 model is available in Canada, however.

Even pitted against other laptops in its class, the ZenBook S UX391 still earns a respectable 594 in Cinebench. With Quiet Fan enabled, its score drops off to 277. 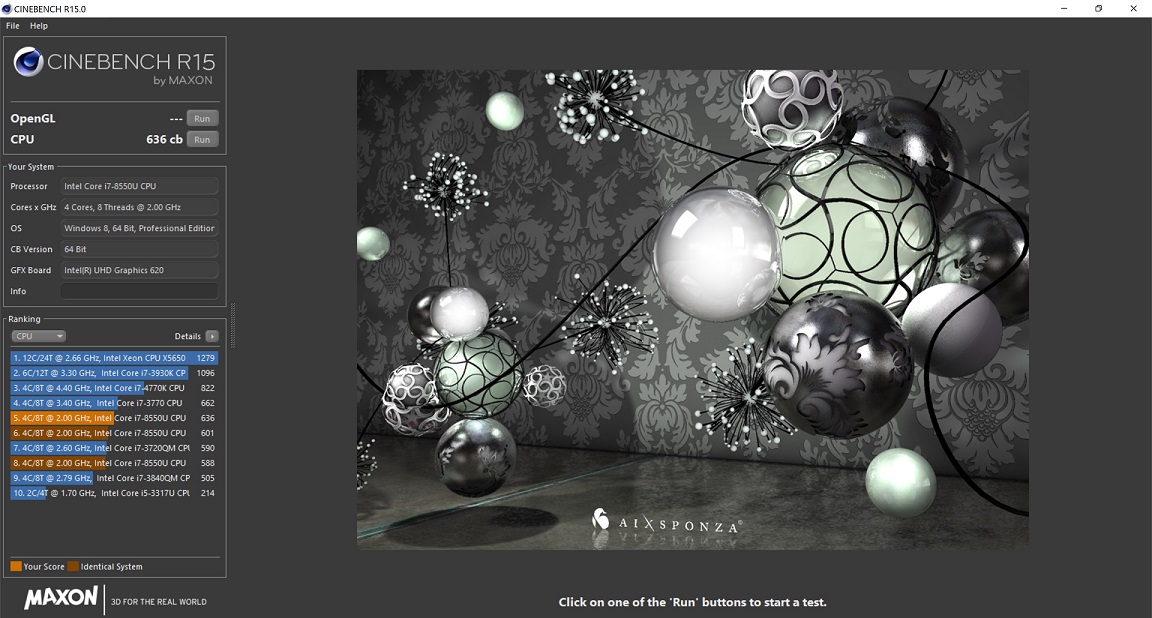 In performance mode, the ZenBook S UX391 scored similarly to other laptops in its class with 4,637 and 14,170 in single and multi-threaded tests respectively. With Quiet fan turned on, the scores dropped to 3,858 and 9,468.

Integrated graphics have seen leagues of improvement in the past few years. With that said, it’s still far from being capable enough to handle triple-A titles. Not that matters, though: gaming on Ultrabooks is an afterthought.

I use the basic version of TimeSpy included in the base version of 3DMark to vaguely gauge graphics performance in DX12. 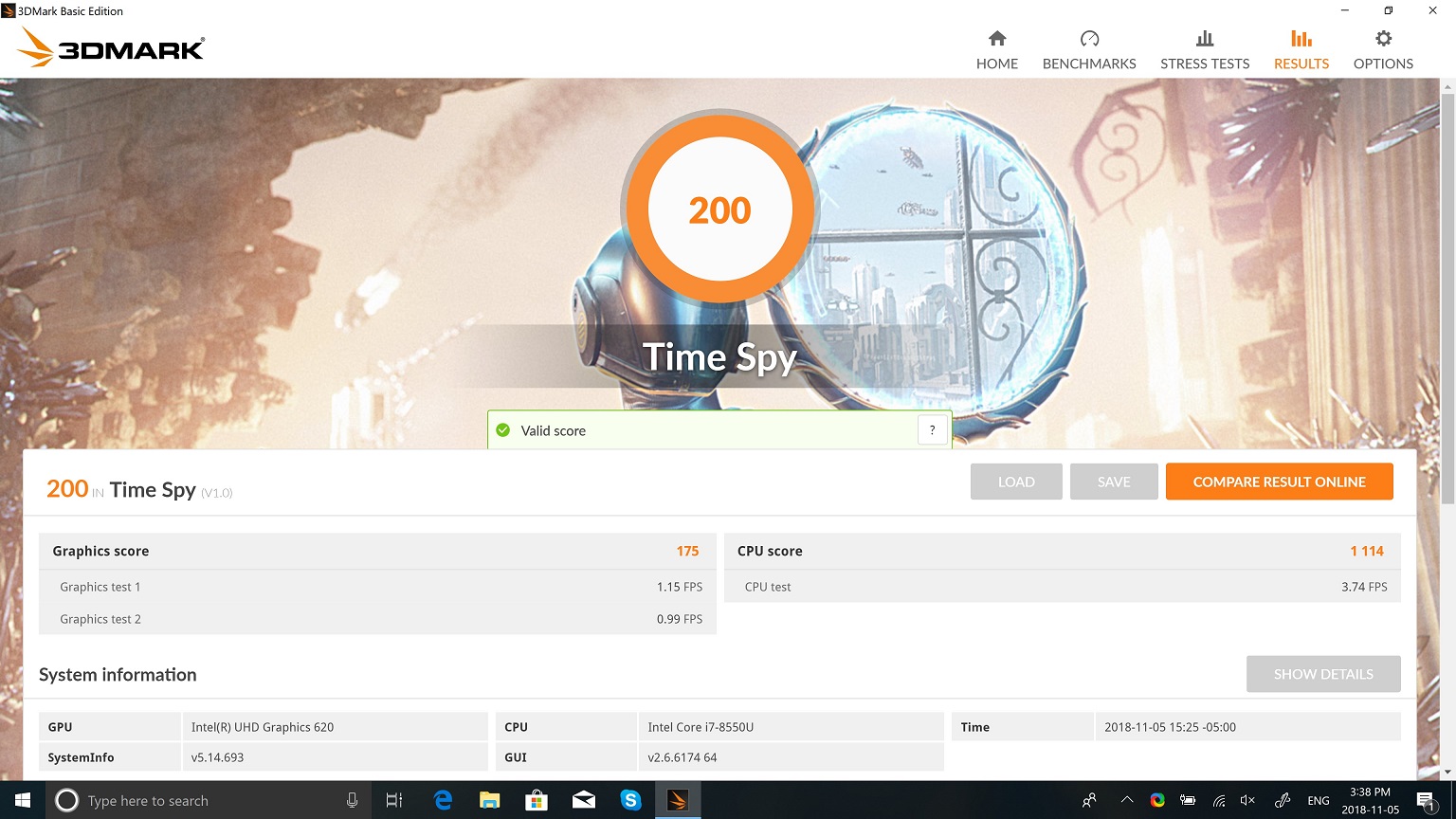 the integrated Intel UHD 620 produced 200 in Quiet Fan mode and 369 in performance mode, which basically translates to not so great for gaming.

You can configure the UX391 with either a 512GB, or 1TB SSD NVMe SSD. Since we got the top-end model, ours came with a beefy 1TB Samsung PM961 PCIe SSD. 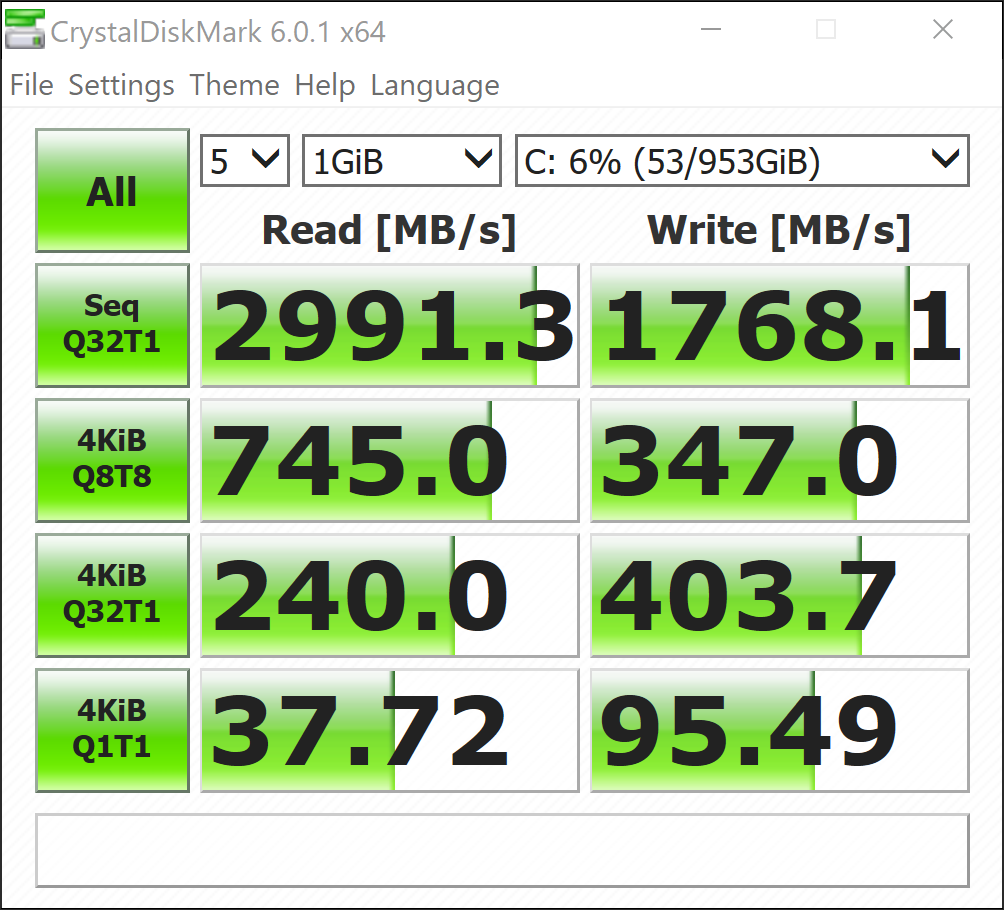 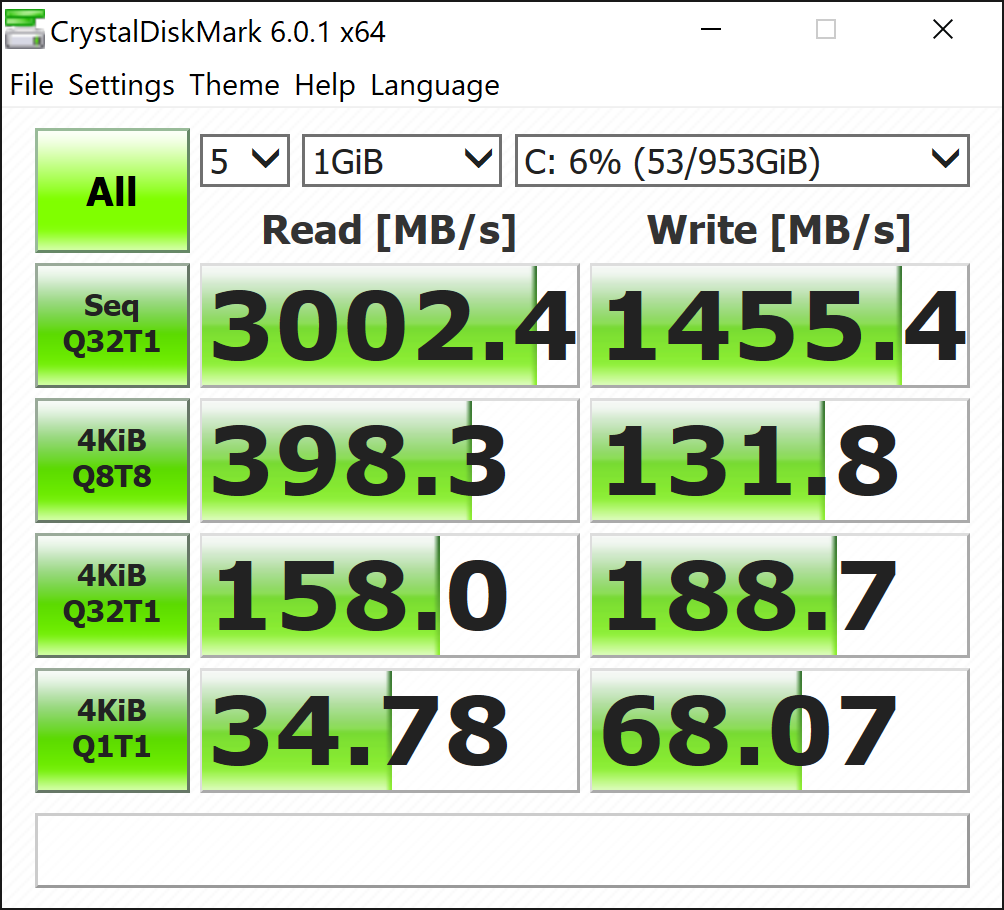 There’s bad and good news here. The bad news is that there’s a definitive performance dip when Quiet Fan is enabled (as expected). The good news is that the performance hit is most severe at higher queue depths – a territory consumers will never touch. Random write at QD1 does suffer quite a bit though, so definitely turn off Quiet Fan when working with large numbers of small bits of data. 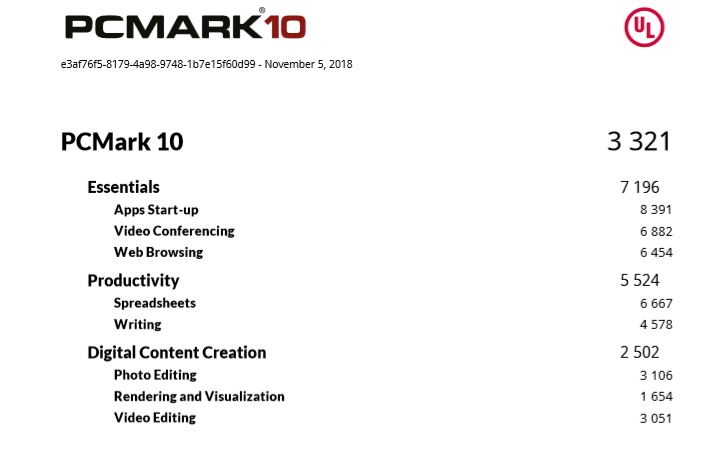 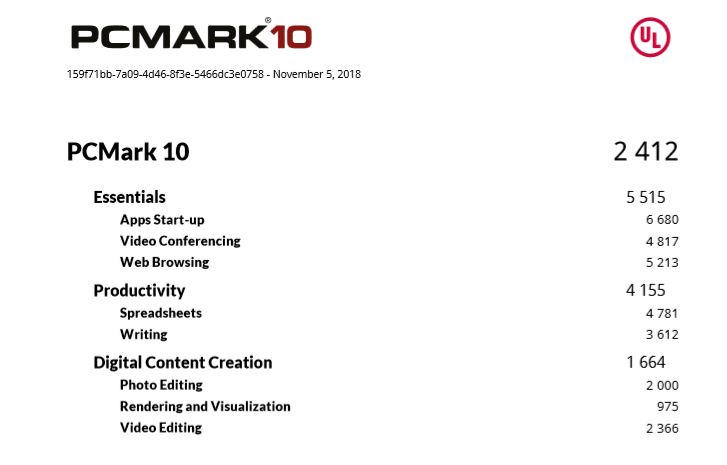 It’s a matter of fact that all device going to throttle (or overheat) when given intensive enough work. The question is when and by how much.

Regardless of which mode you use, the laptop is going to run hot. Web browsing and office tasks ran ice cold, but Adobe Lightroom drove its temperature to above 70°degrees Celsius.

When the fan revved up in performance mode, it reached a peak of around 46dbA on my sound meter placed 40 cm away. It’s definitely audible, but it’s far from unbearable. There was a noticeable hot spot at the F8 key, which radiated onto the number row slightly.

Because the UX931 uses a quick charger, the area above the keyboard heats up quite a bit when charging. That said, the heat is alleviated somewhat by the lifted base.

The 50Wh battery isn’t the largest in class. And considering how high-res displays tend to use more battery, the ZenBook S UX391 suffers a bit here. Nonetheless, it’s able to last a full day of use without issues. Do keep the power cord handy, though, as different workloads eat battery at different paces.

An ultraportable rule of thumb is the thinner the device, the fewer the ports. You’ll only find a grand total of three USB-C ports on the UX391; one for charging, while two others play double-duty as Thunderbolt 3 connectors. There isn’t a USB type-A port here, using a thicker port on a device this thin would mar its design. 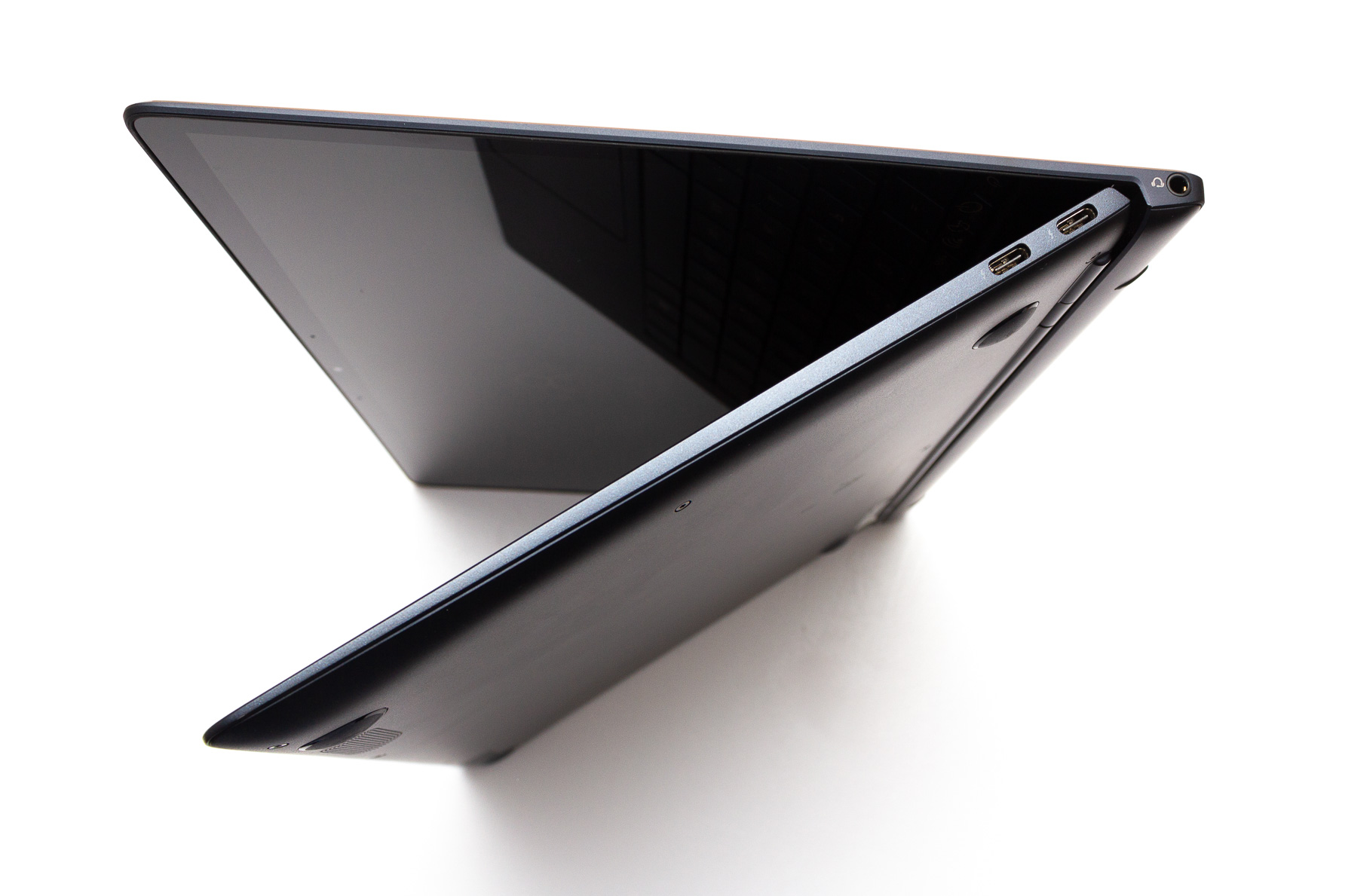 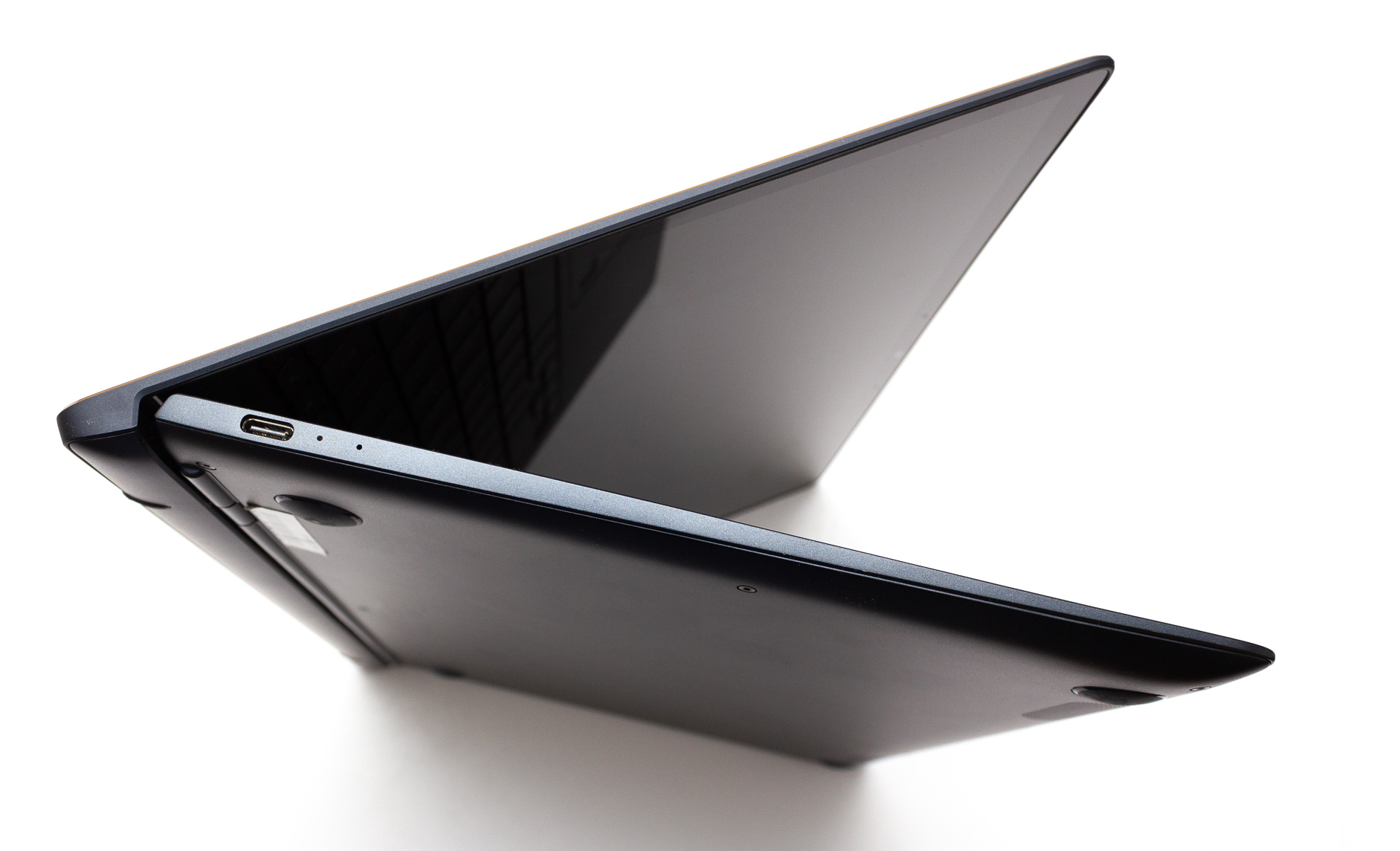 The bar for laptop webcam quality is incredibly low. Despite being a high-end device, the ZenBook S UX391’s 720p webcam is underwhelming and mediocre at best. To its credit, the field of view is wide and there’s no obvious lens distortion. 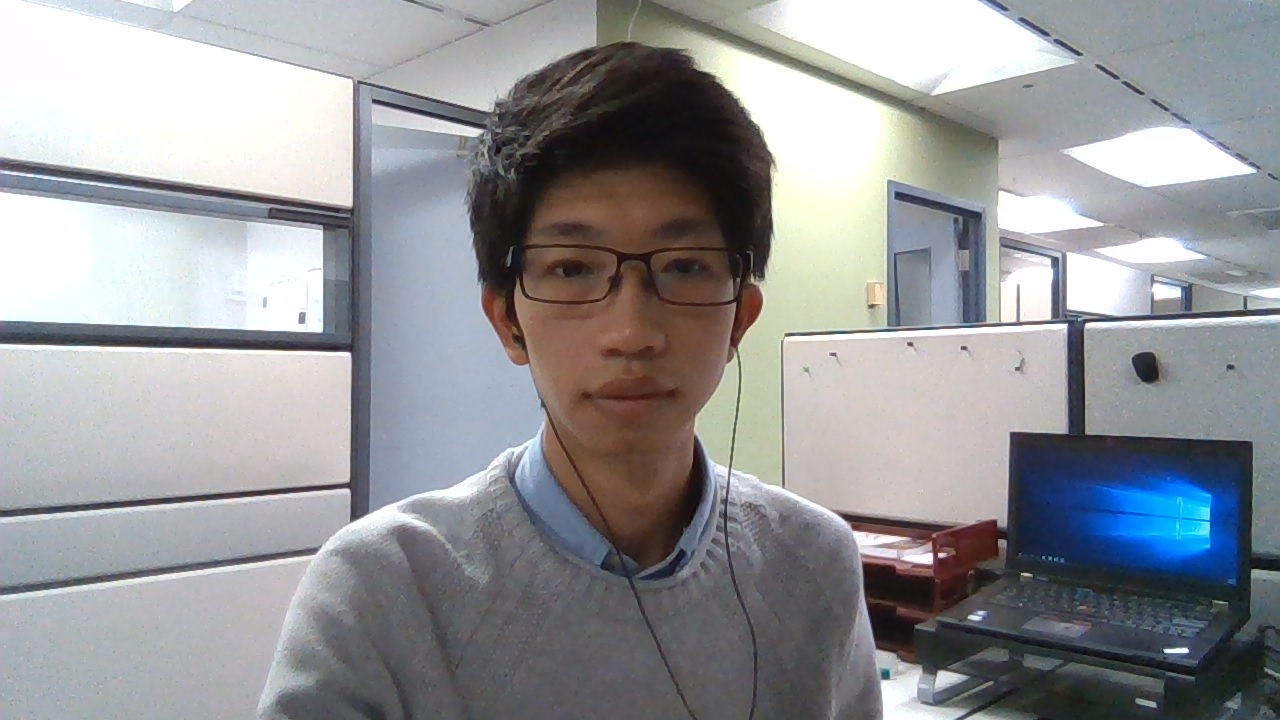 Asus supplied a beefy keyboard to the ZenBook S UX931. Its scissor switch doesn’t have the deepest travel, but it is tactile and quiet. Asus also stuck with dedicated arrow keys and the standard ANSI layout. White LEDs help illuminate the key legends in dark environments.

The glass trackpad, though serviceable, still can’t hold up to Apple’s trackpads. Accuracy and responsiveness are both great, though it has a bit of trouble with detecting rolling fingers. It also drifts the cursor if you hold down the left click and drag your finger over the bottom edge. Biometric sign-in is always nice to have. The ZenBook S UX391 comes with a fingerprint sensor placed in the touchpad. It’s fairly quick to register, and dust doesn’t bother it much, either.

For Canadian customers, the ZenBook S UX391 starts at $1,999.99. That’s the price of a luxury bed or a budget weekend vacation. It’s a good laptop if you’re a spendthrift millionaire, but most of us aren’t, so I think it would greatly benefit Canadians if Asus ported over the more affordable i5 models.

The Asus ZenBook S UX391 is fantastic in both function and form, but it isn’t perfect. Packing an amazing keyboard, a gorgeous display, and solid components, the razor-thin Asus ZenBook S UX391 would have been an easy recommend if it wasn’t for its display backlight bleed and high fan noise and thermals. Fortunately, those were the only two major complaints besides its starting price. All things considered, the ZenBook S UX391 is far from the worst investment you could make.

Tom Li
As an avid technology enthusiast, Tom loves to fix, break, and talk about electronics. Now he gets to writes about them. Talk about a dream career.
Previous articleOld sayings convey current truths about the journey to cloud
Next articleHashtag Trending – Pakistani banks hacked; Microsoft uses Minecraft for a demo; Homemade flying car turns heads