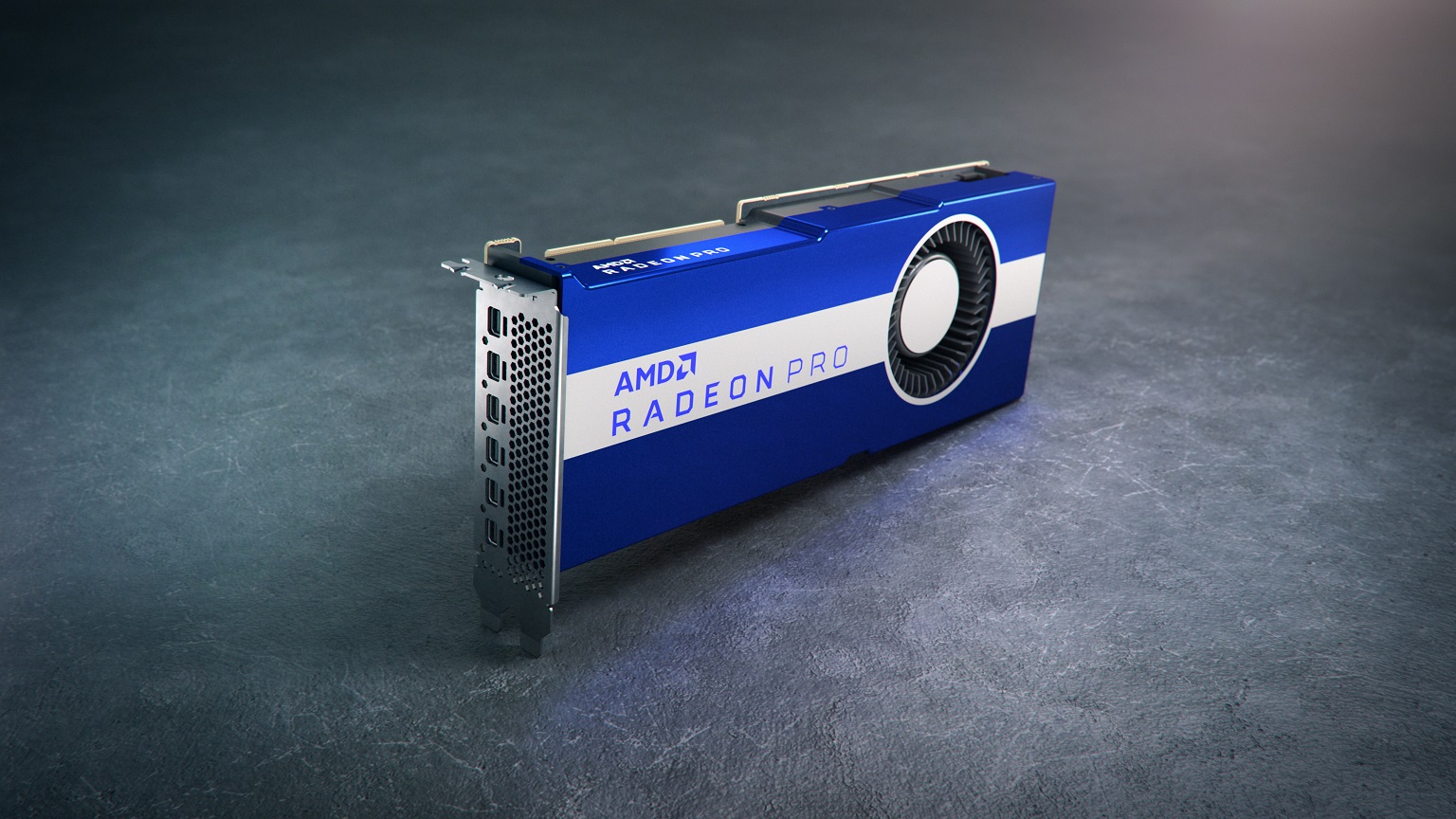 AMD is targeting the pros with the announcement of its Radeon Pro VII workstation graphics card on May 13. 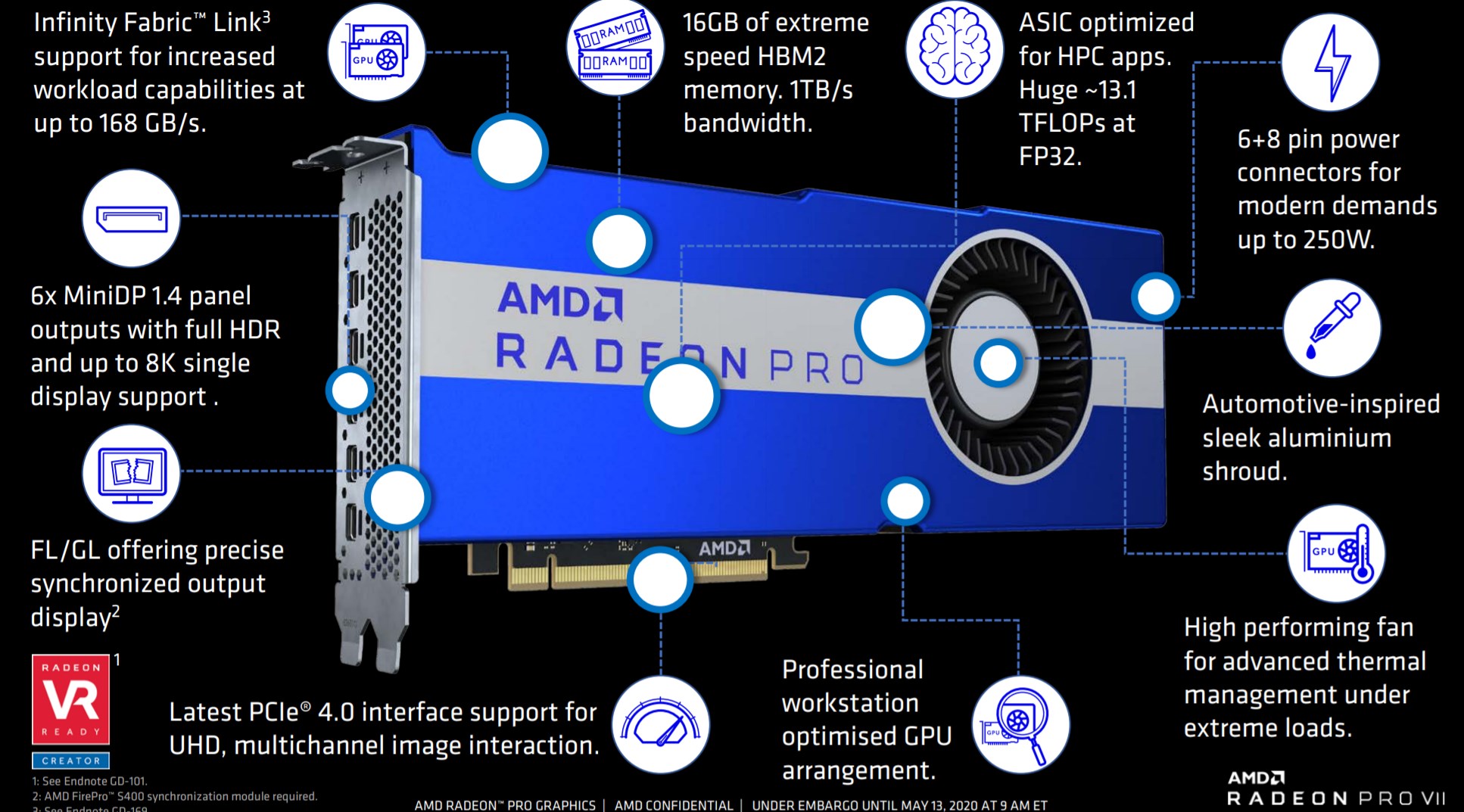 Based on the Vega 20 GPU, the Radeon Pro VII graphics card features 60 compute units (CUs), four fewer than the full Vega 20 GPU on the consumer Radeon VII graphics card. It comes with 16GB of ECC high-bandwidth memory (HBM) capable of reaching 1TB/s bandwidth. The card also communicates over the PCIe 4.0 bus, which has double the throughput as PCIe 3.0. 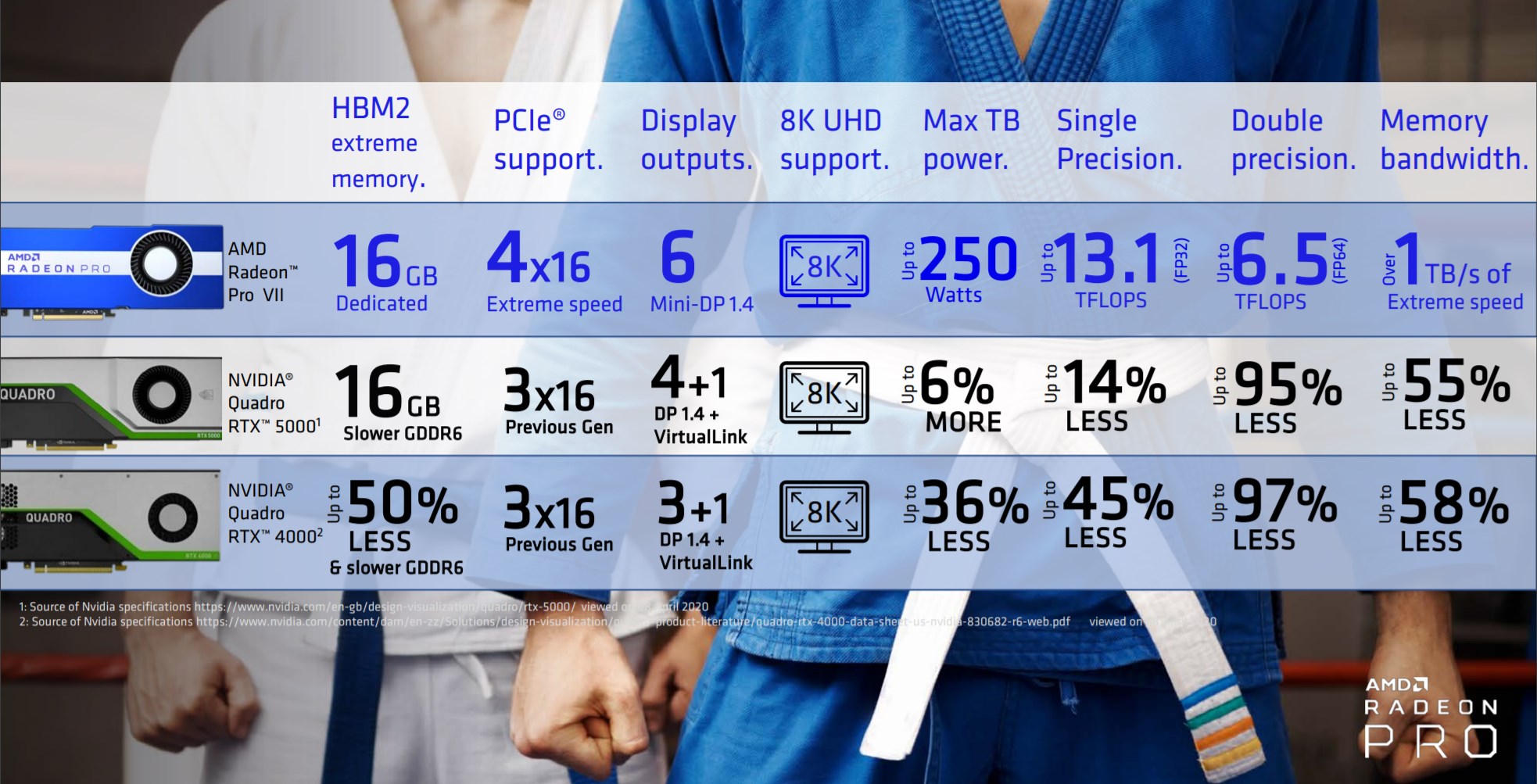 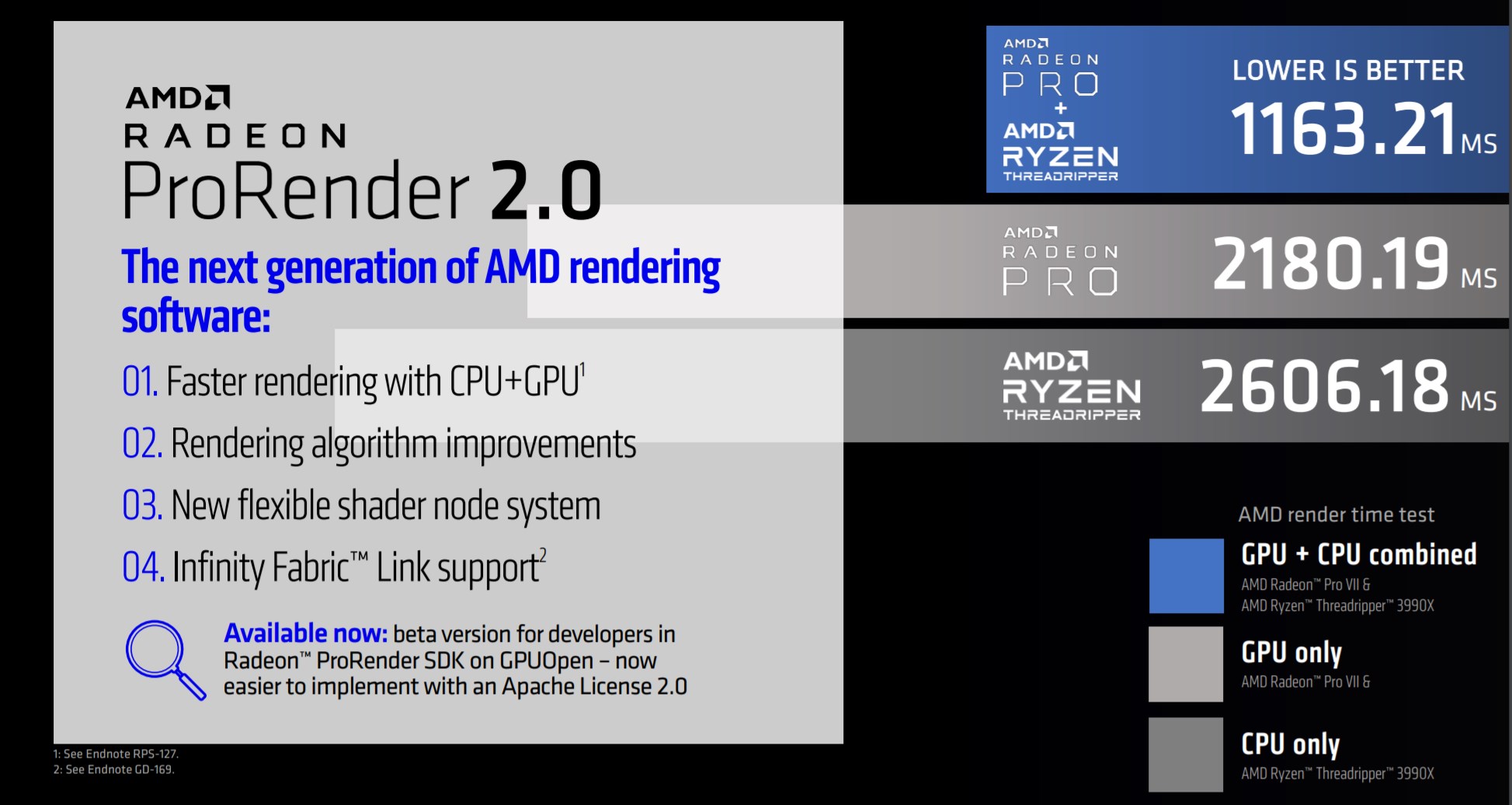 One neat AMD’s exclusive feature is ProRender 2.0. Typically, the rendering process is done either through GPU or the CPU. ProRender 2.0 renders the CPU and GPU simultaneously to cut down on render time. It’s compatible with AMD Threadripper processors, as well as its consumer-oriented Ryzen 9 and 7 platforms. Applications with ProRender plug-in support include Unreal Engine, Autodesk Maya, SideFX Houdini, Blender among others. AMD made ProRender SDKs available under Apache Licence 2.0 to shaving off some back-and-forth legal headaches for developers looking to implement them into their software. 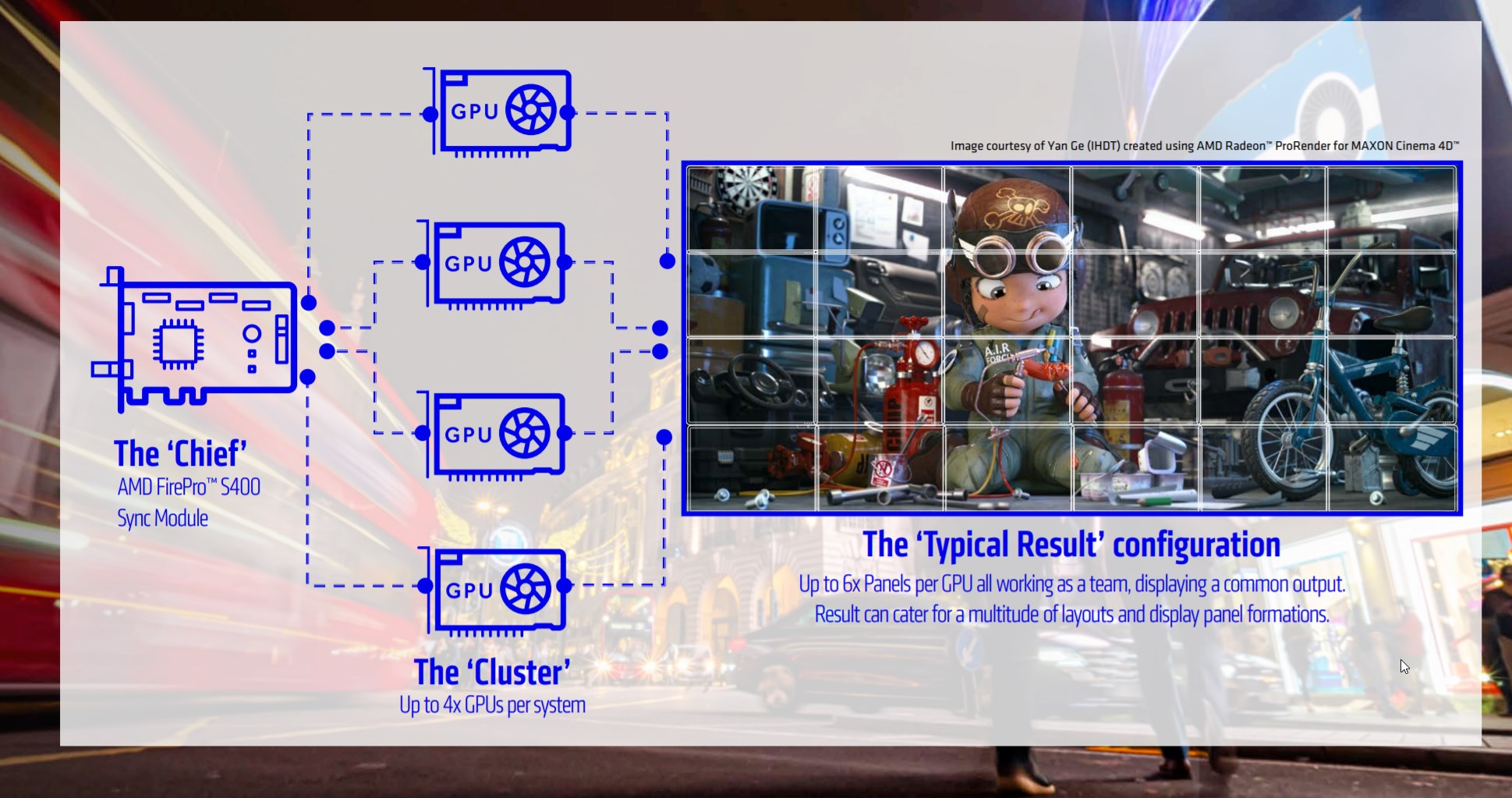 Radeon Pro VII comes with six DP1.4 ports for multi-panel synchronized high-resolution output. A typical use case would be a large scale, multi-panel digital signage, or filming using synchronized LED backdrops. By attaching up to four Radeon Pro VII to an AMD FirePro S400 sync module, up to 24 displays can work in sync as a common output.

The AMD Radeon Pro VII is available in June for US$1,900 (around CA$2,660) through Memory Express and Newegg Canada.

Tom Li
Telecommunication and consumer hardware are Tom's main beats at IT World Canada. He loves to talk about Canada's network infrastructure, semiconductor products, and of course, anything hot and new in the consumer technology space. You'll also occasionally see his name appended to articles on cloud, security, and SaaS-related news. If you're ever up for a lengthy discussion about the nuances of each of the above sectors or have an upcoming product that people will love, feel free to drop him a line at tli@itwc.ca.
Previous articleHashtag Trending – Facebook compensates content mods; Google Play Music shutdown; Google Pixel division loses key execs
Next articleEmployee mistakes lead to information exposure in Nova Scotia, U.K.