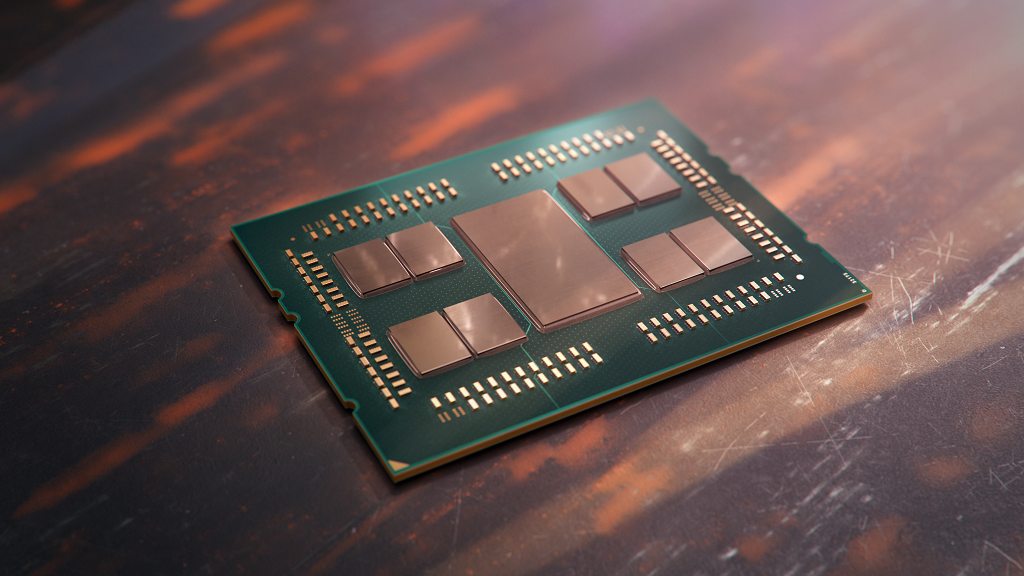 Four models are available at launch: the Ryzen Threadripper Pro 3945WX, 3955WX, 3975WX, and the 3995WX. They’re differentiated from their consumer counterparts by their WX suffix.

The new Threadripper Pro processors range from the 12-core 3945WX, to the 64-core 3995WX, all of which are rated at 280W TDP. Their specifications are identical to that of the non-Pro Threadrippers designed for high-end desktops (HEDT) with two key differences: memory channel and PCIe lane count. The new Threadripper Pro processors support up to eight channels of ECC DDR4 memory, double that of the non-Pro models. They also bump up the PCIe 4.0 lane count to 128 from the non-Pro’s already impressive 88.

AMD’s new chips squarely compete against Intel’s Xeon workstation processors. Intel’s Xeon processors have their own set of enterprise enhancements called vPro. With Intel’s recently-released 3rd-gen Xeon processors, Intel now offers more than 85 products across three platforms. The breadth of its ecosystem can cause confusion for buyers. In contrast, AMD’s Threadripper Pro family currently only has four processors that cover all scenarios. While that leaves fewer choices, it does simplify the decision-making process.

Customers looking to build with the new processors may be disappointed to know that the Threadripper Pro processors are reserved for OEMs only. The good news is that systems with these new processors, such as the newly-announced Lenovo P620 workstation PCs, are already here.